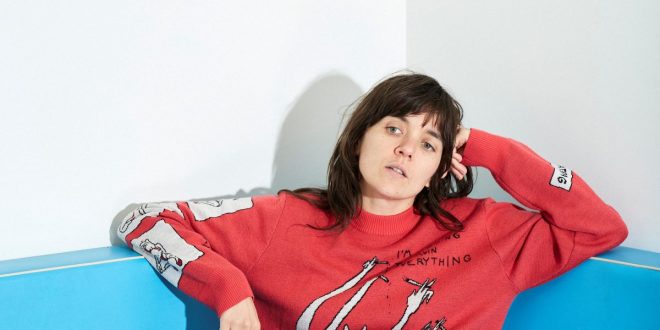 Courtney Barnett has again taken the music world by storm, this time with her most thoughtful and meditative album yet. Things Take Time, Take Time is the third album from Barnett and again receiving rave reviews from critics and fans alike. This week she stopped by the Ellen studios and performed her single “Write A List of Things to Look Forward to.”

In other big news, Barnett is also announcing a new documentary to be released in 2022 titled ANONYMOUS CLUB. Shot on vivid 16mm film over a three-year period, ANONYMOUS CLUB chronicles the notoriously shy musician’s ups and downs on the world tour for her album Tell Me How You Really Feel.

Featuring Barnett’s unguarded narration from her audio diary, recorded on a dictaphone provided by filmmaker Danny Cohen, the film delivers frank and unprecedented insight into Barnett’s creative process, the sacrifices and inner conflicts set in motion by fame, and the sometimes dark backdrop to her whimsical, relatably poetic compositions. The film will be by Oscilloscope who are planning a traditional theatrical release for the film in 2022.