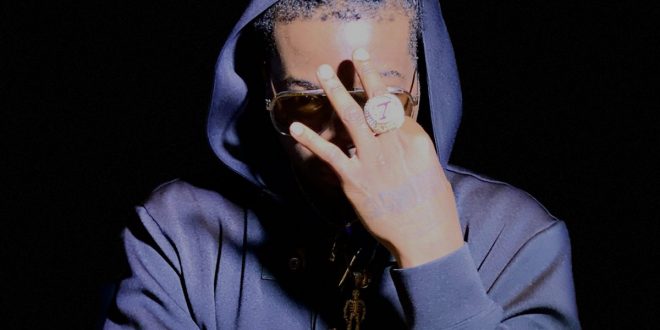 Da Major is an American rapper, singer, and songwriter hailing from South Carolina and currently making a name for himself in NYC. On “Vision” he integrates a wide range of stylistic influences: R&B instrumentation, dreamy beats, and rapid-fire rap and into a bold blend with the dynamics and diversity of a one-man music festival. Da Major speaks candidly in the lyrics, making an emotional connection with relatable confessions.

When asked what inspired “Vision,” he explains, “What inspired the song was my ability to have a vision and see it through. I want to tell people to always keep their vision clear even when times are dark, the clearer your vision the more elevation.”

Da Major has been leveling up one step at a time since his childhood in South Carolina where he began working on music at an early age. His creativity was inspired and nurtured not only by his support system of friends and family but also by his desire to create a better life for those around him. “What inspired me to be an artist is my family. My granddad played the guitar and was a singer, my cousin had his own studio at a young age and my brother was one of the greatest rappers I knew. Growing up in the south and listening to music from all over has allowed me to have some versatility,” says Da Major.

Inspired musically by the likes of Michael Jackson, Notorious B.I.G, and 2Pac to name a few, Da Major pays homage to his influences while crafting a style of his own. He has collaborated with like-minded artists such as Velli, Blue Hefner, B-Ice, Rich Reek, Joe Dinero, and Kngsol, and he introduced his debut track “Foolery” in 2019, followed by his album debut The Real Me in 2020.

Committed to his artistry and hoping to make a difference Da Major says, “I would like to think that I can give hope even though my life has not been a bed of roses, I have never given up. I want the passion that I have for music and storytelling to give the younger generation the push they might need to keep going.”

“Vision” is only part of the journey and message. Look for Da Major to release a series of songs and videos throughout 2022.

Stephen Vicino is the founder of MusicExistence.com. He created this site to give talented musicians a voice and a way to be discovered.
@@svicino
Previous SEASONS OF YOU AND HOW TO SAY GOODBYE By Sandra Esparza
Next UK-Nigerian Triple Threat Sayò