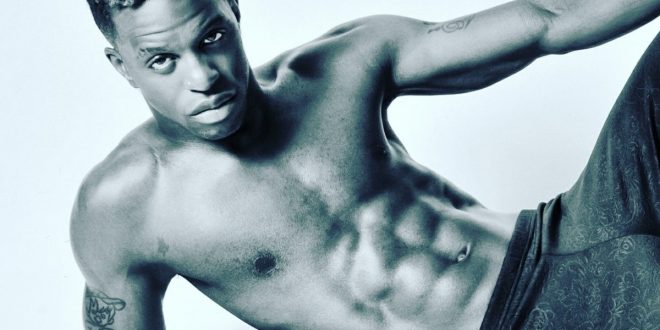 Kao Wonder Dances to a “Safe Space” in New Video

Raphel Faison, artistically known as Kao Wonder, has been an all around artist and gifted performer since day one. With a mother who sang whenever she could and a father who not only played the Tuba, but was also the DJ/MC for local hip hop group Odyssey Disco of Brooklyn, Kao was always meant to create. Throughout Middle and High School, Kao was very much involved in the performing arts, but especially dance, and eventually became the go-to dancer. He’s been able to train himself in street jazz, modern, and hip hop, but hip hop is what grabbed his soul. After graduating, he moved to Atlanta to pursue dancing, but there was always a part of him that wanted to create music. While he wrote music in his free time and for himself, he never really felt he could act on it. Finally, he realized he couldn’t hold back his creativity any longer. He moved to Los Angeles and started creating the music he’s always wanted

Kao just released the video for his song “Safe Space” from his album, EVOLUTION. This dance pop song is reminiscent of Dua Lipa and Tao Cruz musically and a little bit of Neyo in Kao’s vocals. Its beat and rhythm do exactly what he wants it to do: gets you out of your chair and on your feet. “Safe Space” is about finding the right person. Imagine fighting the inevitable …. falling for someone in your heart who you consider your “safe space.” Kao tells your story to the world, letting everyone know that ‘your the space I’m safe in’

The video relishes in Kao’s dancing past. The narrative in the video centers around a man who has gotten bad news from a doctor, but he’s dancing with a girl in his mind, his safe space. Kao acts as a narrator in the video, as we only see him dancing and singing to the viewer. All the dance we see, and even Kao himself, symbolize the safety of others. They represent the good in the bad. The man may have gotten bad news, but his safe space is there with him the whole way through.

“Safe Space” is not only the dance pop hit of the year, but the video is a powerful visual of loving yourself and others. Out on October 29, 2021, you have to watch “Safe Space” as soon as possible.

Stephen Vicino is the founder of MusicExistence.com. He created this site to give talented musicians a voice and a way to be discovered.
@@svicino
Previous One Man Band…..The Mind of $TYLJA aka Daraja Hakizimana
Next Revenge Of The Road: JJ Wilde