Home / News / Lucibelle Impresses On First Single As A Trio 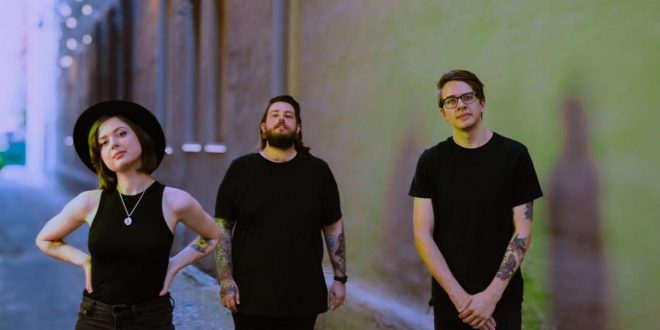 Lucibelle Impresses On First Single As A Trio

Macon, GA alt-pop trio Lucibelle have just dropped their latest single, the shimmering alt-pop “Dibs On You“. The track features a slightly new direction for the band as they continue to perfect their indie-leaning alternative pop sound.

Lyrically, the song is about a long for connection. “When I wrote the lyrics for Dibs On U, I thought of close friendship, the kind that you feel a void for when they’re over,’ explains vocalist Ryn Elise, “Your childhood best friend is probably not your best friend today, but you probably still think back on the good memories and miss the people you were when you were close.”

This is Lucibelle’s first single as a newly formed trio, after adding drummer Colin Vana. “Colin added a much-needed element to the band,” explains Robert Clayton Sandifer Jr. “He brought energy and steered us toward a rock feel.”

After deciding to expand her singer-songwriter solo career, lead vocalist Ryn Elise founded LUCIBELLE alongside guitarist and producer, Robert Clayton Sandifer Jr. in 2019, moving from dreamy, experimental and vocally driven vibes toward an Alternative Pop sound. In 2020, Colin Vana joined the project as the official drummer, solidifying the project as a three-piece band. The band is currently writing an EP album which is set to release in early 2022, with a single (co-written by the three band members) just released on October 20, 2021. The new song, ‘Dibs On U’ has ushered in a new upbeat and powerful sound that is sure to catch the attention of fans and new listeners alike.

Hear the song on Spotify or watch on YouTube below: