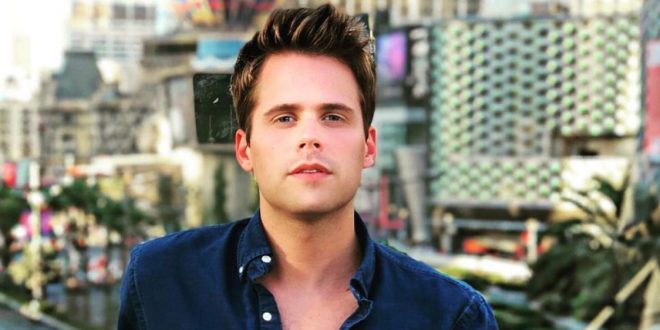 The new single ‘Magnet’ from American tenor turned pop-star Bielfield is a head bop or a pop song. The track has a sexy smooth after dark vibe that sounds like it was tailor-made for radio. “Magnet is about not measuring yourself down,” explains Bielfield. “Going forward taking the steps to make yourself happy. Everyone needs some positivity.” For Biefield, the song is about a push towards positivity. “Right now we’re moving into the age of Aquarius and it’s about synergy; new alignment,” he explains. “Especially with all the hate spiraling through social media, I want to make music that sends out peace, love, and inspiration to everyone but specifically to those that need it the most.”

Bielfield teamed up with chart-topping writer/producer duo the Banton Brothers and multi-platinum producer Dr.R to create this instant classic. “I remember, we were heading back from the studio the day before our session with Bielfield and the chorus/ hook just came to us in the car almost like it was dropped into our lap. Straight away we knew it was going to be something,” explains the Banton Brothers. “That night we couldn’t stop working on it and penning ideas for different sections. When Bielfield and his team got to the studio the next morning we were so excited to show them what we had cooked up! We started playing it together and worked it from there, ideas and concepts were flying everywhere the energy was crazy in the room! ”

The Miami native and Tenor, Kyle Bielfield, is an international recording artist and performer. Mr. Bielfield has released recorded music with labels such as Sony Music, Universal (Decca), Bentley Records, and Delos Music distributed by Naxos Classics.  With a Masters degree in Opera from The Juilliard School and a Bachelors of Music from New York University, Kyle Bielfield has won several awards, including the honor of having his first professional recital engagement in Alice Tully Hall. Bielfield was privileged to originate the role of the “Boy Angel” in Du Yun’s Pulitzer prize-winning “Angels Bone”, which was the recipient of a Pulitzer Prize in 2017.