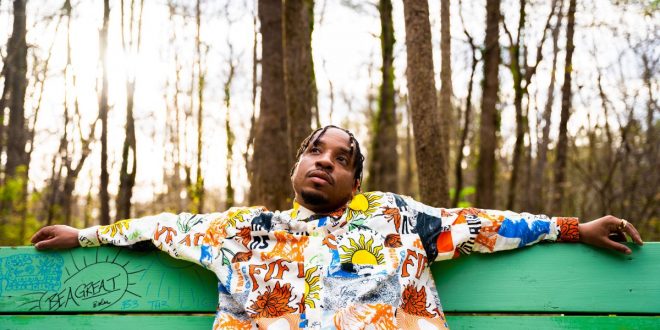 Dot Cromwell has announced Vanity Tape, his new mixtape out on November 9 via Repost by Soundcloud. The collection of tracks from the artist who has collaborated with the likes of Pharrell, Wale and Jidenna, is one that he hopes leaves listeners feeling empowered, motivated and fully charged, and ​​something that can become the soundtrack for listeners’ lives. Informed by his work as the co-founder of music/tech company Milllion Watts — a creative initiative that was established for the exaltation, protection & preservation of contemporary artists, entertainers, activists & entrepreneurs — the mixtape’s themes center on entrepreneurship, independence, self confidence and perseverance. “I’ve learned so many things as an independent artist, so I wanted to put some of the codes into the music,” Dot notes.

“1st and Goal” is the lead single from the Philly-raised, Atlanta-based artist who forged his musical career in Harlem and Brooklyn. Produced by his in-house producer and frequent collaborator Swanky, the high energy track with hard hitting drums is the ebullient penultimate track on the mixtape. “With Vanity Tape focusing on empowering myself and other creatives, it felt fitting to lead with ’1st & Goal’,” says Cromwell. “It’s full of motivational themes on acknowledging one’s self worth, pushing through all of the obstacles you may face, and having the strength to keep going. We really wanted to create something with triumphant vibes.”

Created during the pandemic across Brooklyn and Atlanta, Vanity Tape was written in the middle of transition as Dot was moving from New York to Atlanta, and from roaming to working in solitude. He was also shedding his day jobs and lept into working on music full time. “I am calling the project Vanity Tape because it dives into the intermittent imposter syndrome that takes over me from time to time,” Cromwell says. “I’m currently so far away from where I started in life that at times I don’t even believe it, sometimes the success and growth doesn’t seem real, so the rewards don’t always feel warranted. So the Vanity Tape symbolizes me checking in with myself, taking a look into the mirror & realizing…I really am that guy!”