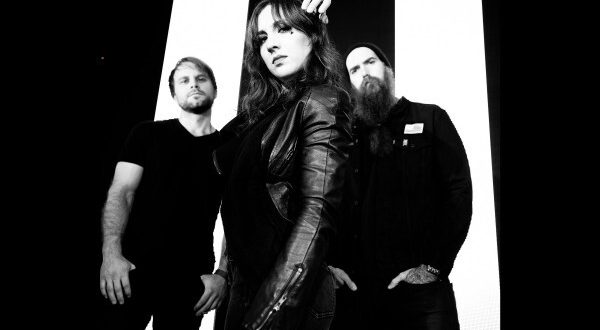 Single Review: Jane n’ the Jungle “Ain’t No Other Way”

Forget the big intros, the lusty solos, the synthetic faceting, the throwbacks to 1970s personality and 1960s expressiveness. Jane n’ the Jungle are trimming all the fat off of their dynamic rock n’ roll sound in the new single “Ain’t No Other Way” this fall, and much as the song’s title would suggest, they’re putting forth a take-no-prisoners-style attitude that is perhaps their most inspired look thus far. From the moment we press the play button on this single and its music video, there’s an explosive feeling that builds until Jane n’ the Jungle hit that first chorus, at which time they sound as classic as any of their influences are.

Though the vocal is sharp and the percussion really hammers away at the bass in a manner that makes the groove here incredibly hard to avoid size-wise, I think that the guitar tones in “Ain’t No Other Way” alone make this a credible single if you love hard rock as much as I do. There’s just nothing quite like the hum of a tube amplifier as it warms up and develops presence beside the other components of a rock n’ roll band, and this is a group that knows how to get every ounce of intensity out of overdrive and fretwork the same.

“Ain’t No Other Way” isn’t exposing me to anything I didn’t already assume about Jane n’ the Jungle upon hearing their debut not too long ago, but what it does do is solidify their place in the hierarchy of American indie rock bands that are growing far faster than their scenes can keep up with. There’s an arena rock influence here that I believe is going to swell in their next couple of releases, and if channeled into the right format, it’s going to help bring back guitar-driven rock with a vengeance in the next few years.