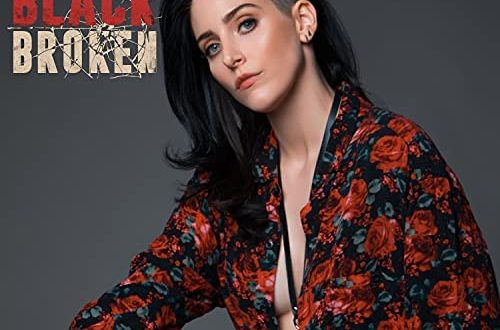 Big guitars. Even bigger drums. A voice that can charge into the fires of hell and come back sounding more commanding than ever. Motive Black has all the right pieces, the right ingredients if you will, to make the perfect rock n’ roll cocktail when they get together in the studio, and for my money what they mix up in the new track “Broken” could be one of the most cohesive indie drops of the year thus far. Indeed, all the classic rock componentry is in place to solidify this as an authentic, blue-collar work of art, but make no mistakes about it – Motive Black are intending on bringing rock into the future, not back to the past.

As far as singers go, I don’t know that this band could have got a better frontwoman than they did, especially to sing a song as pushy and hard-pumping as “Broken” is. She steps into the harmony in the chorus like she’s a twenty-year veteran going off of instinct alone, and for every rough edge she flaunts before us in the booth, she gains a little more momentum behind her verses (and, for that matter, the lashings of the band beside her).

“Broken” is the first track I’ve listened to from this group, but I was so turned up by the volume-packed adrenaline of the performance that I immediately felt like I was listening to something from a future superstar rather than a passing collective not likely to be heard from again. There’s too much attitude, too much raw charisma in this single for Motive Black to be doing anything else but living in the studio for the foreseeable future, and when I have the chance to see them take the stage in southern California – or abroad – I don’t believe I will squander it for anything.