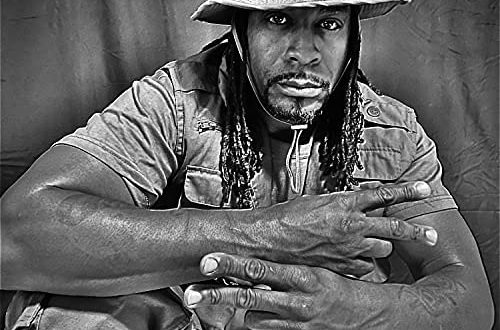 Cut and dry doesn’t have to always mean retro in hip-hop, and from the looks of his new single “Rock Mics Properly,” rising star Custom is intent on driving this point home this October. Rather than sticking with a formulaic pattern akin to something the old guard would have fashioned an entire album out of, Custom is a little more interested in getting filthy with the beat and owning his verses the modern way – with swagger, unsophistication, and a sense of imposing strength no matter what sort of backdrop he happens to be in front of.

As cocky as my man comes off in the first half of “Rock Mics Properly,” I’d be straight-up lying if I said that it didn’t sound like he was withholding a little bit of confidence just in the name of sounding less than arrogant as he struts into the climax of this single. He’s got plenty of reason to appreciate his skills, and although there’s a lot of pressure on the bottom end of the mix, his voice always sounds like the perfect counterpart to the sway of the percussion and nearby bassline as opposed to it being the other way around.

The music video for “Rock Mics Properly” is pretty straightforward, all things considered, and I like that it doesn’t incorporate a lot of unnecessary frills into the fold just to give Custom a little more cosmetic grandeur to work with. In all actuality, I think we’re able to get a much better idea about who he is and what he can legitimately produce at the mic in this type of a setting compared to a track with a lot more elaborate foundations than what we’re getting in this performance. He doesn’t need fluff – he just needs a stage to belt these verses out from.

There’s no denying the rough cut, mixtape-style feel to the framing of this single, but the groove guiding every one of the verses Custom is dropping is absolutely elegant. The beat is made to contrast with the coarse lyrical execution in just the right way, and at its peak, this song feels more authentic because of the clashing aesthetical componentry some artists would just as soon never even consider when recording their own original content. This is a rapper who wants to make hip-hop for a thinking generation, and if not, he’s certainly acting like he is here.

Fans of the OG hip-hop model needn’t fear that their vibe is disappearing from the spotlight amidst the rise of both COVID-19 and an equally contagious strain of melodic trap music becoming harder for the critics to ignore on a national level; Custom is pulling up with the good stuff this fall and making it very difficult for some of his less than erudite peers to stay in competition with his sound. Custom, as you might have guessed from his handle, likes doing things his own way, and in “Rock Mics Properly,” he shows us that his way is very difficult to top when employed properly.