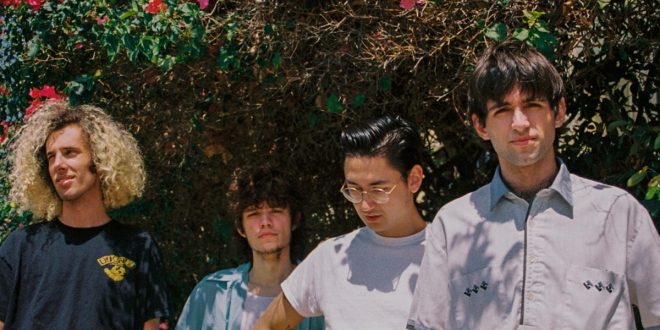 Los Angeles rock outfit Liily have finally shared their highly anticipated debut LP, TV or Not TV, alongside its final single, the title track “TV or Not TV.” EARMILK hosted the premiere of the track and its accompanying music video (which was directed by guitarist Sam De La Torre).

On the single, Liily said: “’TV or Not TV’ like a lot of the songs on the record play to the archetypal aspects of life, specifically with this song we’ve tried painting a picture of what a one dimensional human being lives like.”

Speaking on the album itself, they continued, “TV or Not TV is an amalgamation of all of our polarizing different influences. We just decided to put everything we liked stylistically onto one record, without necessarily sticking to anything uniform and as the record progressed we found that it had a unique charm.”

Recently, Liily accompanied Caveman on their fall tour, and they will finish their run of U.S. headlining dates in Los Angeles on October 29. Today, the band also announced a U.K. tour, including sets at Stag & Dagger Festival.

Tickets for all of Liily’s up coming tour dates are on sale NOW.