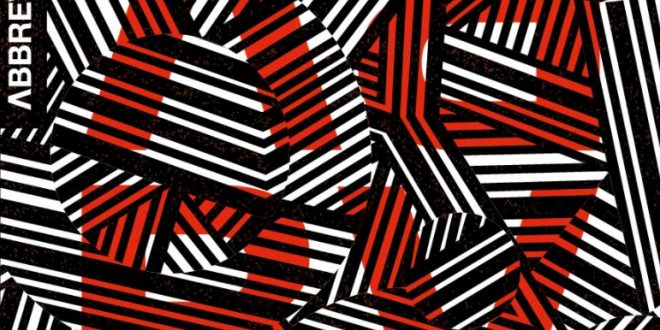 The new album ABBV from Dallas, Texas-based quartet Abbreviations features ten songs centered on guitar, but there’s much more going on during these performances. Textual variety is one of the chief strengths distinguishing the songs. Guitar is the musical heart, yes, but the tidy and well-recorded rhythm section provides crucial cornerstones for each performance. Listeners will appreciate the subtle tweaking of otherwise conventional melodies throughout ABBV; much of the songwriting included on the release has at least a slight unsettled quality.

It’s the sound of discontent. Songwriter Ashley Leer’s inspiration for these songs springs from discovering her father’s terminal illness, but the settling of personal accounts isn’t familial. It’s much more broad-based. The songs are dealing with various events in Leer’s life and connect with listeners despite their unambiguous autobiographical edge. “Tower” begins the album and introduces us to her approach straight out of the gate.

It highlights the talents of drummer Tony Wann and bass player Chad Walls. They lock in from the beginning and push the track at a brisk pace. It never feels rushed, however. “Tower” breezes along but has tremendous attention to detail – identifying any “holes” in the arrangement and performance is difficult, if not impossible. The lyrics are suggestive rather than specific but nonetheless effective. Leer has a writing style quite unlike anyone else working today, it has poetic trappings meshing well with the arrangement, but some listeners might crave more specificity.

The band’s two-guitar lineup gives them plenty of muscle. It’s telling, however, that Ashley and Matt Leer seldom lower the hammer on listeners and flatten them with six-string pyrotechnics. Chad Walls’ bass line for “Leavin’” has melodic bounce unlike any other track on ABBV and draws you in with little effort. A consistent aspect of the band’s identity is their insistence on incorporating melody into whatever they do; anyone who understands how music works its magic on us knows that it’s melody that lodges the best songs in our memory. These are songs written to stick in our brains.

“Trick” is a sparkling example of pop and guitars coming together in the best possible way. The only weak spot some listeners may pluck from hearing the song is that the chorus is a little long. Abbreviations never tackle the refrain the same way twice, however, and any drawback is minor. The album’s fourth cut “Turn on You” is one of its central performances. It’s easy to hear why. It forms a great duo with the preceding track because both master songwriting fundamentals with such ease and then elevate them. Leer’s singing lends a near-incandescent air to both tracks.

The stormy and brawling aggression flaming from “Won’t Say” couldn’t be more different. They are wholly comfortable, however, with these stark shifts in style. They never lose their way and the chaotic energy sustaining the track isn’t sound and fury signifying nothing but, instead, there’s well-disguised artistry provoking the listener’s reactions. “True to Form” has one of the best guitar riffs they concocted for this release and the remainder of the song more than lives up to its rambunctious bite. Rock fans of every ilk should enjoy this album. Abbreviations is a convincing guitar-pop and hard rock, among styles, and effortlessly balances these competing impulses. Those impulses help fuel ABBV and results in one of the genre’s most invigorating recent releases.