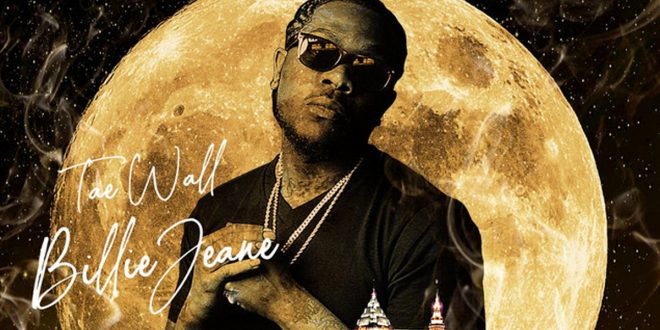 Rapper Tae Wall’s first two LPs have been blowing up the underground in 2020 and 2021 respectively, and in his latest single “Billie Jeane,” he’s reminding longtime listeners that complacency is the last thing his evolution is going to produce. He comes into the verses here exceptionally hot, but make no mistakes about it – the homespun, down to earth attitude that made his first couple of records so fascinating remains perfectly intact in this single, arguably sounding a little more polished and refined here than it ever did in his early work. Tae Wall has grown up a lot in the last few years, and his maturity is sewn into this song.

The lyrical placement in this track is essential to the vibe my man is trying to set up at the top of the mix, and I like that he isn’t afraid to get brazen with his poeticisms (nor the manner in which he’s presenting them to the audience here). There are a lot of players who have been hiding behind big hooks in the last couple of years, but I get the opposite mentality when I listen to Tae Wall’s work; he wants to be front and center, even if it means being exposed when others would want to conceal their emotion.

I love how Wall integrates the bassline with the percussion in this mix, and whether we’re listening to the single on its own or watching the music video he made for “Billie Jeane,” the bottom-end sounds posh and foundational to the hook in every way. There’s no separation between artist and backdrop in this performance; to me, it would appear that this is a player who wants to immerse the audience and himself in the sonic trenches he creates in the studio, which takes more skill and brashness than many of his rivals possess.

No need to wait for the remix here – from top to bottom, I would say that Tae Wall’s “Billie Jeane” is the up-and-coming rapper’s identity on master tape, and it’s quite the enticing identity indeed. He’s tipping his cap to the legends in hip-hop and R&B in this piece, but if we’re looking at the black and white technicals, Wall’s effort is entirely original and organically sourced. This is a rapper who has his own agenda he’s following, which should only scare those in the establishment afraid of a little heat coming for their collective throne.

Previous Above Snakes release official music video for “Nothing to Lose”
Next Single Review: “Together” AV Super Sunshine