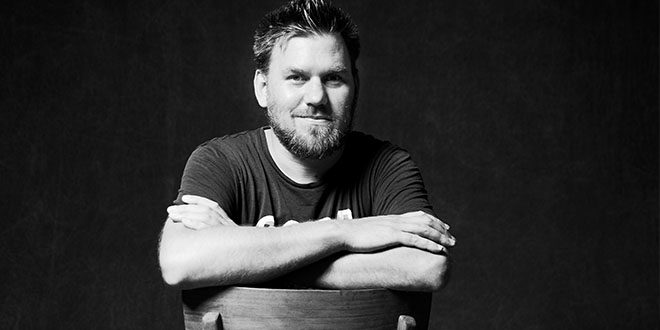 Rain in the park, hands molding clay, a pristine beach bathed in sunlight; these are both scenes from our everyday world and strangely cerebral images comprising the new music video for Chris Beer’s “Nothing Like,” and although they offer nothing controversial, they tug at our emotional fabric largely thanks to the soundtrack they’re accompanied by. Beer’s voice is a moving complement to the visuals here, and as thoroughly immersive as the video is on its own, I don’t know that its wondrous imagery was needed to appreciate the magnificence of the composition at hand in “Nothing Like.”

For me, Beer’s formidable, bass-driven instrumental background in this single is powerful, but it just can’t compete with the show-stealing energy of his voice. His singing sounds so humble, so unattached to the arrogance that has become synonymous with modern pop music, that it’s easy to feel like he’s singing directly to you rather than into a mic inside of a studio far from the prying eyes of outsiders. He’s really unguarded in this performance, almost asking for us to look in on him and see things from his perspective, and that’s a far cry from the predominantly insular POV a lot of alternative singer/songwriters have been going with in the pandemic.

“Nothing Like” is admittedly barebones and brutally honest with its audience, but it’s also one of the more intriguing works of its kind to come to my attention in the past year. Pop’s most successful songwriters have always been those who aren’t afraid to get personal, no matter what that means for the composition they’re building, and I think that Chris Beer is someone we can count on to continue cutting deep, even if it requires a lot of vulnerability on his part. I love where he’s going, and I doubt I’m going to be the only one to say that after listening to “Nothing Like.”

Previous Single Review: Mischa “G2G”
Next Above Snakes release official music video for “Nothing to Lose”