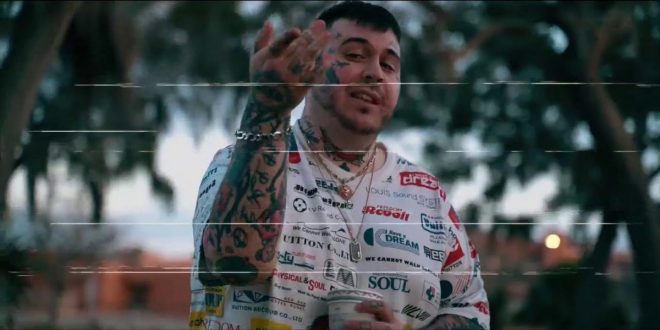 In his own words, EDDEAD6666 introduces himself with, “I’m a white suburban kid from Daytona Beach, Florida, age 26, with roots in Brooklyn, NY.” He started writing music when he was 16, and he started recording at the age of 19. He started writing to find a way to vent his anger and depression, and it led to him finding fun in the hip hop genre. “

“My biggest idol in the rap game is Jay-Z,” he says. “He was the first rapper I ever heard. When my brother played ‘Dirt Off My Shoulders’ for me, when i was 8…from there on I was hooked on Hip Hop. The thing that influenced me the most, to pursue hip hop, was the love for the genre I gained.”

His most recent release is “Pink and Red,” based off a codeine-themed drinking experience. He says, “It’s a very laid-back track for people to smoke too. It’s almost a blend between Lo-Fi and Trap.”