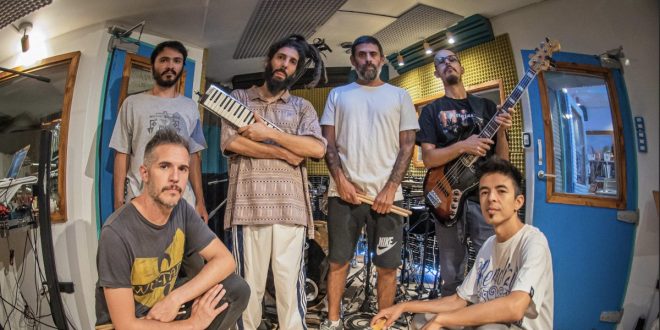 “Cuanto Heredamos” is a new single from Zona Ganjah’ upcoming album, a reggae song featuring the band’s classic sound and whose lyrics revolve around unconscious patterns, which are inherited in repeated behaviors or wounds or unresolved traumas. The song expresses that there’s a place in the unconscious mind that the conscious mind can heal if we’re aware of it.

The song comes with a video that demonstrates how, through medicinal plants and a spiritual quest, a person can heal the darkest parts of their subconscious, which is at times burdened by inherited behavioral patterns, that manifest in their life through problems that repeat themselves.

With the general production of Jose Gahona, leader and singer of Zona Ganjah, both the song and the video were self-produced and recorded in Mendoza (Argentina).

Prior to this release, the band was sharing various sessions and special remakes of their songs with their fans in projects such as Acústico en el Bosque Vol. 1, Experiencia Streaming and Sesiones CC Records.

With a 100 percent independent 18-year career, involvement in the most important Latin American festivals and more than 6 million followers around the globe across their social media accounts and platforms, Zona Ganjah is without a doubt one of the most important bands and one of the greatest names in reggae in the Spanish-speaking world.

Stephen Vicino is the founder of MusicExistence.com. He created this site to give talented musicians a voice and a way to be discovered.
@@svicino
Previous Industrial Metal Band RAZE THE ALTAR Brings Sacrifice And Perseverance To New Single
Next Master Puff Makes Continues His Winning Streak With “Playing Rich”