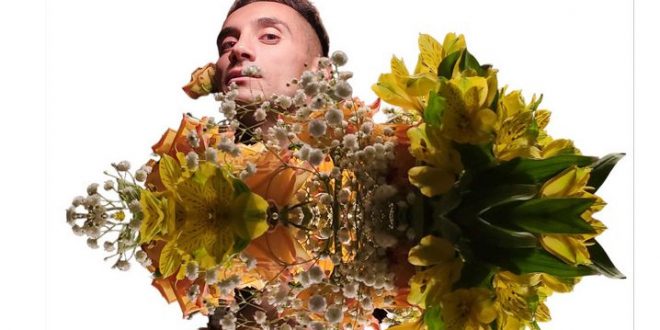 Hamid J has unleashed a soulful 80’s tinged new single, “Nothin’ Perfect 2 Say.” He has a pretty, breathy, captivating voice that works well with the emotion pulsing through the lyrics. The song paints a picture of a collapsed relationship, one person totally mentally checked out and the other person trying to figure out how to move on. It’s the kind of big dramatic track that sucks the listener in and engrosses them in the story. Who can’t relate to heartbreak and longing and telling yourself that you’re going to move on? The lyrics are backed perfectly by a modern take on an 80s pop sound, with booming drums and catchy snatches of piano and synth.

Hamid J is based out of Los Angeles and has been shaping his sound since around 2000. He has definitely honed in on a timeless pop sound, “Nothin’ Perfect 2 Say” being a shining example. It sounds like something that could be on the radio currently, even with it’s slightly retro sound. You can hear the artists he’s gathered inspo from, like Madonna, George Michael, and Michael Jackson, but it doesn’t come off as some sort of 80s cover. Hamid J really sells it with the way he sings it as well, his pain hanging on every word. It injects some real humanity into the song and makes it feel personal and authentic. It doesn’t feel like he’s singing someone else’s story, you can tell he is sharing pieces of his heart.

“Nothin’ Perfect 2 Say” does a great job of summing up how it feels when you know you need to have a difficult conversation with someone you care about, but know that no matter what you say, it’ll end up being uncomfortable. No one wants to be the one to open up the conversation that potentially ends the relationship, but sometimes it’s necessary so you can begin to heal. Especially when the person you’re with doesn’t seem to care anymore. “Nothin’ Perfect 2 Say” is the kind of song you listen to while you cry over your own heartbreak, because in those moments there’s really nothing better than a singer in your ear telling you they feel the same way you do.

Hamid J wants to create music that uplifts people, and while “Nothin’ Perfect 2 Say” is a little on the sad side, it’s still a cathartic song and a well-crafted track. It could still be uplifting in it’s own way. It has this certain drama that is irresistible and it makes you want to turn it up and listen; it makes you want to feel. You can hear how much time and effort went into making sure this song sounded pretty perfect, even if Hamid J had “nothing perfect to say.” He certainly has an ear for excellent pop music, and his voice is impressive and gorgeous. No mention of any album in the works, but he does have some other singles and EPs on Spotify if “Nothin’ Perfect 2 Say” isn’t enough Hamid J for you.