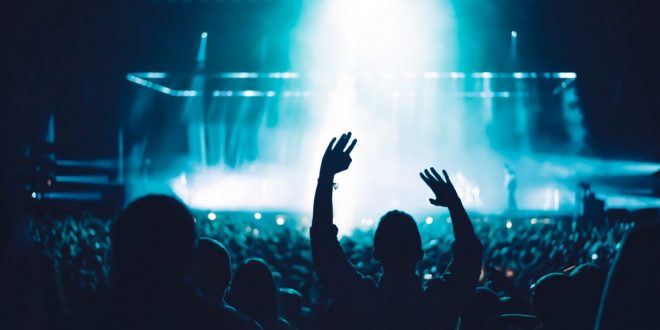 The Biggest Rock Event in History

How many of you can remember where you were or what you were doing on 13 July 1985? Luckily, this is not a date when something tragic happened. On the contrary, it is a date where everyone joined together to raise funds for a worthwhile cause. The event was called Live Aid.

Wembley Stadium, John F. Kennedy Stadium, and many other venues worldwide hosted what was to be the biggest rock event in history.

Over 2 billion television viewers in 150 countries, 72,000 people in Wembley Stadium, and 90,000 in America joined to help fight against famine in Ethiopia. Still today, it is considered the most incredible rock event in history. Revolutionary, immense, and extraordinary.

The event, organized by Bob Geldof of the Boomtown Rats and Midge Ure of Ultravox, was born to raise funds to help the fight against famine in Ethiopia, and the fundraising far exceeded the planned objectives. The concert was the most daring in history. It lasted 16 hours, featuring artists from all genres, including Elvis Costello, U2, Madonna, Joan Baez, Black Sabbath, and Elton John. David Bowie sang his extraordinary Heroes, dedicated to his son and to all the children of the world.

When talking about Live Aid, everyone will remember the legendary performance of Queen. Their performance was considered the best of the event: Freddie Mercury, Brian May, Roger Taylor, and John Deacon were the most talked-about. Elton John himself stated in an interview that Freddie stole the show that day. With songs such as Bohemian Rhapsody, Crazy Little Thing Called Love, We Will Rock You, and We Are the Champions, the band swept the entire audience off their feet. And to think that the great performer, six years later – on 24 November 1991 – would leave us because of AIDS.

In 1985, Bob Geldof was only 34-years-old. Still, for a while, he had been cultivating an absolute obsession to which we had unfortunately become accustomed. An enormous famine and drought in remote Ethiopia decimated the population.

In 1984, a BBC documentary revealed the tragedy to the West. In November 1984, some of the greatest singers recorded “Do They Know it’s Christmas” under Band-Aid.

The takings were a drop in the ocean of needs until 45 Yankee stars pounced on the theme with “USA for Africa” by Michael Jackson and Lionel Richie. And so it was, thanks to the sound of songs and choruses, that the whole world became aware of the tragedy.

On 13 July 1985, at midday on the dot, the usual BBC opened on 16 hours of Live Aid with the entrance of Charles and Diana and the national anthem. As with the moon landing in 1969, no fan can forget where they were on that day.  That day changed Ethiopia and helped them rover to be a country that is doing remarkedly better. It also helped rock, bringing it back to the surface at a time when dance was triumphant. Live Aid was proof that music could help people.

The event has also lead to more people being more charitable and wanting to host their own events to help causes all around the world. Nationally there are annual charity events and even small fundraisers organized by the average joe. If you want to raise money for a good cause, you can do a sponsored run, host a gaming live stream where you play the top games from luckynuggetcasino.com, or even shave your hair or do another ridiculous challenge. Something like LiveAid had never happened before, and never since, at that level.

Stephen Vicino is the founder of MusicExistence.com. He created this site to give talented musicians a voice and a way to be discovered.
@@svicino
Previous Gallery: Frank Turner, Shannon Lay at The Echo in Los Angeles, CA (09.23.21)
Next Single Review: Vin Mack “I Need You Lord”