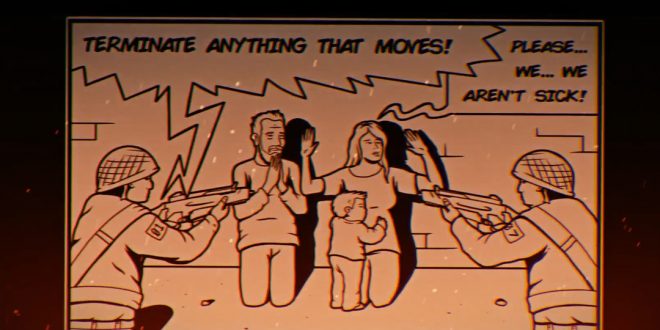 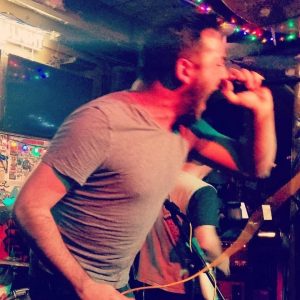 Hailing from Washington, DC, post-hardcore singer/songwriter/producer Jamie Stoffa has just dropped his latest single, “Day 52”, a dark, heavy song about the apocalypse. Musically, the single gives off the feeling of impending doom from the first chord and never lets up.

Stoffa recruited his good friend Billy Tagg to co-write and produce the song. Tagg also performed rhythm and lead guitars. “It all started on day 52 of lockdown. I had sent Billy a drum track titled “Day 52” that I had created to nothing but a click track,” says Stoffa. “In a day or two, he responded with a perfect guitar part in my opinion. To me, the opening chord just says doom or dread every time I hear it, and that’s what I was hoping he’d create.”

This is Jamie’s third single of 2021. In April, Jamie released two new songs, “C137,” and “Passing Time”. Jamie describes C137 as “Something you can air guitar or drum to,” while “Passing Time” explores more of a dark acoustic-electronic sound.

Jamie Stoffa is a genre-bending multi-instrumentalist based out of Washington, D.C. Drawing influence from notable scene bands including Silverstein, From First to Last, and A Day to Remember, he blends pop, rock, and post-hardcore with modern production elements to create a signature sound that is both unique and evocative.

With an extensive musical background tracing back to grade school chorus, Jamie possesses an array of deeply-rooted creative talent. While his early foundations were established behind the drum kit, he expanded his repertoire to include the guitar and piano circa 2008. The next year, he joined City at Dawn as their frontman, with whom he would tour the east coast and release his first album, “Setbacks,” with. Following the band’s hiatus in 2015, he relocated to Florida and joined his most recently departed outfit (due to a move to D.C.), Harbour Escape.

Jamie’s solo endeavor began in 2018 as a side project to the band. As genre fluid as he is diverse in his technical skill set, the project is marked by experimentalism and variety. His first release, “13,” employs what is best described as pop-punk and emo dynamics reminiscent of the mid-to-late-2000s. He further refines the niche with his sophomore single, “I’m Gonna Break Your Heart,” which expands on his underpinning with the addition of post-hardcore elements. 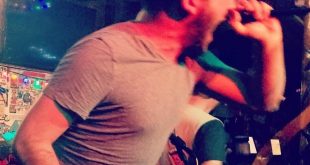 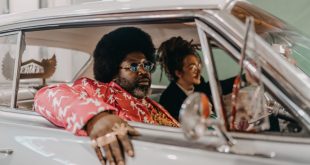