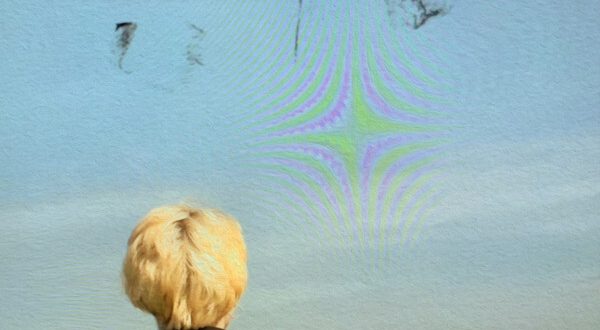 Gentle but generating a chilly melody right off the top of the track, Bruce Sudano’s “In Shadowland” begins rather ominously, hinting at the weighty harmonies and brooding emotionality of the lyrics soon to come pouring out of our speakers. The intro is a bit more elaborate in structure than the rest of the song is, but its moodiness is quite essential to our understanding and appreciating what Sudano has queued up for this performance. He’s taking us down a path lit only by moonlight, but his voice is all the comfort we need to outlast the nocturnal surroundings.

As always, the meat and potatoes of this single is the singer occupying center stage, but I think it’s noticeable from beginning to end here that Bruce Sudano isn’t being the boisterous folk/pop singer we’ve known him to be in previous releases. He’s much more controlled, intentional, and careful about how he puts together a lyric in this track, but it’s such a strong effort on his part that there’s really no getting around the authenticity of his words, and the way they’ve been presented to us in “In Shadowland.” It’s a different cosmetic appeal, but still the same ace singer/songwriter I’ve come to love.

My respect for Mr. Sudano has gone up considerably this year, and this new single and music video is part of the reason why. Bruce Sudano isn’t just a pop-minded songwriter who wants to be known for pleasant melodies and outrageously soft crooning; he’s got a lot of faceting he’s yet to spotlight for the public, and he’s getting downright experimental with it in this performance. “In Shadowland” is probably my new favorite song in his discography, and if you haven’t listened to it or seen its music video, which debuted just a month ago online, I’d recommend doing so on both counts very soon.