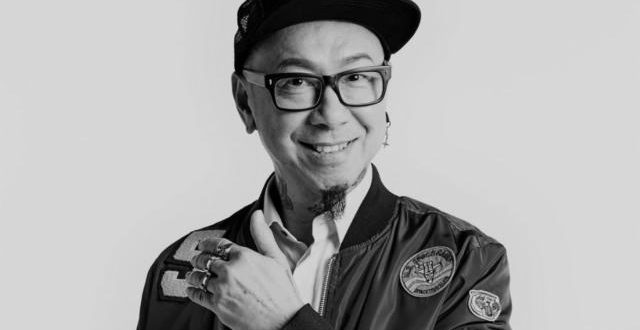 On Monday morning, Chris Ho, who is regarded as a radio veteran and a progenitor of the alternative rock scene in Singapore, passed away unexpectedly after a two-month battle with stage four stomach cancer. He previously worked as a regular presenter on radio station GOLD 905 (90.5 FM), having hosted the program The Home Stretch with Chris Ho, which ran weeknights from 5 to 8 PM.

Ho had not been on air for several months, and only his mother and a few close friends were aware of his illness. According to a Facebook post by the station, he was “brave, determined, and cheerful to the end.” While playfully secretive about his age, sometimes showing his correct birthday but masking his birth year, or, most famously, referring to himself on his website as ‘Forever 27,’ it was recently revealed that he was 66 at the time of his passing, and nearly one month shy of his 67th birthday.

Chris Ho’s journey in the entertainment industry began in the mid-70s on cable radio network Rediffusion. He would cement his stature in the industry early on by hosting innovative programs over the years, the first three being New Wave, Ready Steady Go, and one of his best-known, Eight Miles High. Each program highlighted emerging punk, post-punk, and new wave acts from the United States and Europe. These sounds proved challenging for Singapore, which, at the time, was making headway through the sociocultural restrictiveness of a government-led clampdown, and was accustomed to more accessible pop stars like Anita Sarawak and Tracy Huang. Toward the end of the 70s, Ho got involved in the music scene once his friend Damien Sin invited him to front his band Transformer. A hard rock-inspired band by nature, Transformer managed a surprising live presence despite strict government regulations. In a 2015 interview conducted for the So Happy: 50 Years of Singapore Rock exhibit, Ho elaborated on how these circumstances affected the band, and the fledgling scene as a whole.

“There was very little chance for so-called indie bands, or, bands who play original music, to thrive,” he recalls. “National Theatre had a rule that they could not perform rock concerts there, but there was a little loophole,” he quips with a giggle. “There were people who organized charity concerts. There were a lot…and they happened to be rock music.”

When it came to Transformer, the band found their way onto a circuit of sorts – one that seemed to involve eking out their own makeshift, condensed spot on a paid band’s downtime.

“I remember in the late 70s and early 80s, when [we were] hoping to find a platform or stage. We used to hang out in bars along Orchard Road and wait for the resident band to take a break. Then, we’d volunteer to play for 10 minutes, and felt it was like, ‘Ah, thank God!” “[But] there were no venues at all – none,” he stresses.

By 1982, Transformer folded, and Zircon Lounge, a band drawing from the punk and new wave scope Ho presented on his radio programs, formed out of its ashes. With Ho retaining role as lead vocalist, the newly-constructed Zircon Lounge – arguably, the first Singaporean alternative rock band – released their debut album, Regal Vigor, in 1983. Despite major label backing through WEA, a featured guest spot with pop icon Anita Sarawak, and receiving warm praise upon its release, with The Straits Times’ Richard Lim deeming it “The boldest venture ever in the history of local recording,” Regal Vigor was not a commercial success. The band’s songs, which primarily channeled the underground ethos of bands like Joy Division, Romeo Void, and Lou Reed, provoked, and ultimately, failed to win over a mainstream audience, and by May of ’84, Zircon Lounge was dropped from their label after the album only moved 1,000 copies. Another notable, albeit subtler factor in its lack of success, seemed to stem from the contentious circumstance around its production,

“They didn’t even have the right kind of engineer or producer to accommodate [the album]. I remember when we went [into the studio], we had to bring our own snare drum. They’d put sacks of sand inside their snare drum to soften the sound, because it was meant to have the ‘Tracy Huang’ sound; drums could not be crackingly loud (laughs).” He adds, “When we kept telling the engineer, ‘Turn up the sound of the guitar,’ he was like, ‘It’s already maximum, urgh!’ We used to laugh about it, but that’s really how it was. It was not easy.”

After two variably-received, week-long live stints at The Raibow on Cuscaden Road following Regal Vigor’s release, Zircon Lounge showed artistic growth and diversity in the WEA compilation series, Class Acts. 1985’s Volume 1 saw the band contribute two original compositions – “Lonely When Away from My Love,” which Ho had sung in Thai, and “Guide These Hands” which he sang in English. The band was placed alongside four other up-and-comers, Gingerbread, Heritage, Speedway, and Tokyo Square, each proving equally adventurous, albeit more radio-friendly. All five bands would return for Class Acts Two in 1986, where Zircon Lounge contributed two new singles – once again, a Thai song, “Vaneepok,” and a complementary English track, “Cold in Buriram.” All four of Zircon Lounge’s contributions were markedly improved, maintaining an innovative stylistic sensibility and emphasizing a more accessible production approach. As Volume 1 became a big seller, moving over 20,000 units, Volume 2 gave Zircon Lounge their first hit, with “Cold in Buriram” peaking at number 3 on the local charts. Despite Zircon Lounge’s steady live presence, as well as their having written as much as 20 songs two years prior, their final recording was in 1987, as part of the No Surrender gig at the Anywhere Pub. The recording would be released on cassette by indie label BigO as No Surrender – Live at Anywhere.

With radio still as Ho’s long-term profession, he especially shifted his focus toward showcasing Singaporean indie acts, giving them a much-needed platform on Eight Miles High. The show would go onto receive a Paters Award in 1988 for Most Outstanding Asia-Pacific Radio Personality from the Australasian Broadcasting Arts & Sciences, leading the local press to honor him with the title of King DJ. In the mid-90s, while with Radio Singapore International, Ho continued to break ground, this time to a broader, mainstream audience through 98.7 FM’s Hip Parade until 2007. He further sustained his influence on the homegrown artist-oriented Lush 99.5 FM in the early 2010s, until 2017, when he joined GOLD 905, and remained at the position until his passing. Alongside his radio tenure, Ho also carved out a name as a pop columnist, author, and as a solo artist, debuting with 1989’s Nite Song in Day-Glo, and following 1994’s Punkmonkhunk, continuing under the X’Ho moniker. His eighth and final album, Adventures in YinYao, was released in May of 2021.

Since Ho’s passing, tributes to him continue to be posted, many of them from fellow artists and industry professionals who highlight his musical versatility and genuine kindness. Ho’s wake was held at Singapore Casket’s Ruby Room, beginning on Monday and ending on Thursday.

I come from a family who is passionate about all things music. I learned to sing at an early age, and by 13, had my very own Fender Strat guitar. I tried my hardest at learning all that I could. Because I was born with cerebral palsy, I had to teach myself an adaptive playing style. I learned to write and record my own music, despite these difficulties. In college, I started making great use of my writing abilities by reviewing music, as well as copy editing. I guess it's best to stick with what you know, while welcoming a fair challenge at the same time.
Previous Cory M. Coons Finds Redemption On “Freedom Road”
Next No Past No Future Embrace Mindfulness and Birthday Cake Sativa on New Single “The Plug”