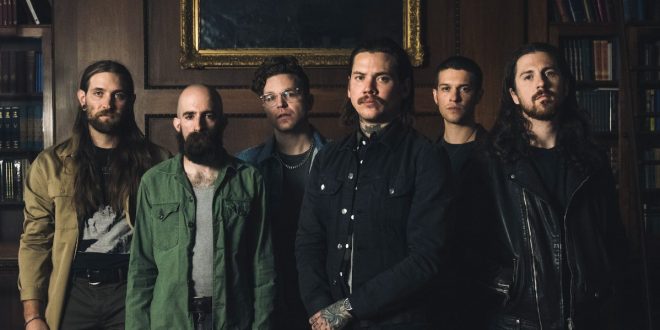 The Devil Wears Prada have shared the video for the brand new, self-produced song “Sacrifice.” The song is available for stream or download via Solid State Records HERE.

“‘Sacrifice’ is a song of defeat: its character is exhausted, relinquishing will in an abusive relationship. There is nothing left to fight for,” the band shares.

Earlier this year, The Devil Wears Prada released the much-anticipated ZII EP via Solid State Records. It was a discordant, dissonant exercise in excellence. Get the ZII EP here. The original Zombie EP dropped all the way back in August 2010 and remains an intense fan favorite. While not a chronological release in the TDWP catalog, ZII is the next chapter. TDWP effectively summed things up, saying, “Before, there were five songs about how to fend off the apocalypse. Now, there are five songs of hopelessness against the hoard.”

Previous Courtney Barnett unveils music video for “Write A List of Things to Look Forward To”
Next Single Review: Gary Pratt “Country To The Bone”

The chart-topping folk-rock band has released their latest lyric video. It’s the follow-up video to …