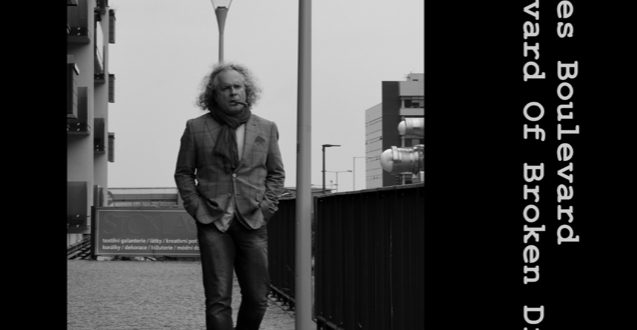 Charles Boulevard’s last song was about the Beatles breakup this new one touches on the legendary James Dean! This September s new single “Boulevard of Broken Dreams”. It’s their second single since the release of their debut album “Rendez-Vous!” in November 2020.

The song follows an interesting concept in that it is a sequel to the song “Empty Streets” from the album. Whereas “Empty Streets” explores the breakdown of a momentous relationship from the eye of the storm, “Boulevard of Broken Dreams” is a retrospective – looking back at those events from a different perspective years later. Lyricist Dermot explains “We wanted to explore the idea that sometimes events in our lives have far reaching and unexpected consequences both good and bad. We can only see the significance of those experiences looking back. But of course a memory is a place we can only visit for a short time no matter how much we want to stay.”

The song title takes inspiration from the famous photo of a forlorn looking James Dean  walking through the New York rain with a cigarette in mouth. A fitting image to convey the ethereal atmosphere of the song. Pavel’s strangely disarticulated guitar effects and Bernie P.B’s intoxicating drums help create those atmospherics. While the inarticulate outro vocal captures those primal emotions that are sometimes beyond language.

Follow them on social media for updates and behind the scenes looks.