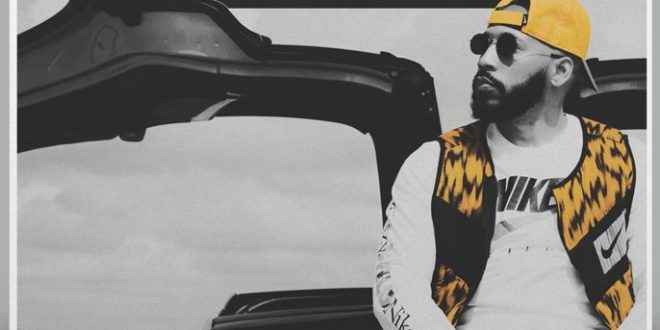 “I’m On The Way,” a new single by burgeoning artist PettySagg, is full to the brim with easy Island beats and cool hip hop vibes. It transports you to a Summer romance on a beach, but still maintains a party/club edge. Think glamorous parties at a tropical resort; bikinis and cocktails and warm weather flirting. PettySagg draws influence from everything from Jay Z to his Jamaican roots to Coldplay. The result is an artist that knows how to create a catchy song that stands out. “I’m On The Way” could easily slip onto any party playlist and it would seem like it had always belonged. It’s super listenable, with it’s simple but effective guitar riff, upbeat drums, and melodic vocals.

There’s something about “I’m On The Way” that feels more vulnerable and soft than some of the other tracks PettySagg has released so far, but that just makes him come off as well rounded. Plus, he doesn’t sacrifice any of his confidence or swagger to make room for the tenderness of singing about a crush. It makes you want to listen to his words, because you can tell he believes in himself. And to be honest, he has every reason to be more than a little confident. He’s recorded 20 singles within 3 months since the start of 2021, exploding onto the music scene and rapidly gaining fans. That’s pretty prolific for anyone, let alone a new musician.

PettySagg is hoping to gain recognition and fame, much like everyone else that starts off in the music industry. However, if he can keep up this momentum, I can’t see why he couldn’t reach the lofty heights he wants. Some of his other songs already have tens of thousands of plays on Spotify, which is one of the best ways for an artist to gain exposure these days. “I’m On The Way,” much like his other songs, stands on its own, but is also in harmony with his full body of work. It’s cool to see how many different styles he can dip into, he’s not afraid of thinking outside the box a little bit. But at the same time, he’s able to create something that is listenable and catchy.

“I’m On The Way” is a great song to close out the Summer and cling to the last wild warm nights. PettySagg has been able to showcase his evolving talent, and he seems to really have a vision for himself and his music. It’s always fun catching an artist at the beginning of their journey, especially when they seem like they have the chops to actually make something of themselves. “I’m On The Way” shows that PettySagg knows how to blend all his influences together and create something he can stand behind. This new single is one of four singles dropped throughout September 2021, leading to his new album “Lifestyle Of The Unconventional,” which is expected to be released on October 23.  It will be interesting to see how this album is received and if it propels PettySagg onward towards the top.

Previous Gallery: The Black Dahlia Murder at The Belasco in Los Angeles on September 18th, 2021
Next Album Review: Luis Mojica “Songs From The Land”