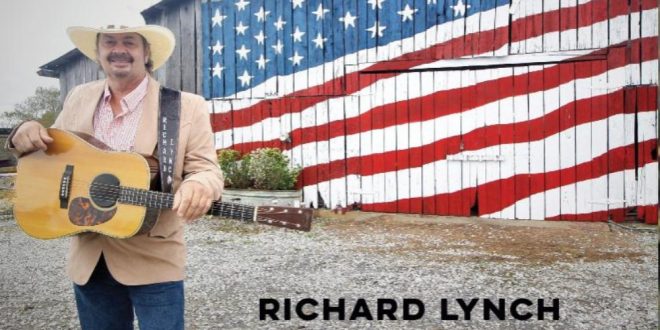 The award-winning “true” country artist and member of the Ohio Country Music Hall of Fame releases his new single and video on Thursday, September 23rd.

Faith, Family and Country…these three things are evident in just about every release from country chart-topper, Richard Lynch. The Ohio-based traditional troubadour has been churning out slices of Americana Pie for the better part of 40 years. With hits like “Back in 1953,” “Daddy’s Guitar” and “Cathead Biscuits,” Lynch has painted a portrait of simpler times, surrounded by real, honest, down-home country folk.

On September 23rd, Lynch releases the latest single from his juggernaut album, My Guitar Drips Country. Paying homage to the patriarch of his family, “Grandpappy” tells the tale of his “east Kentucky kin” playing porch music on banjo and fiddle. The music gene passed down through the Lynch lineage, including Richard’s dad, country musician, Woody Lynch.

Watch the video for “Grandpappy” at https://youtu.be/MeqaY3nOFnU.

Previous How and Why Does Music Influence Us
Next Bad Suns announce new album Apocalypse Whenever, out Jan 28th – listen now to “When the World Was Mine”