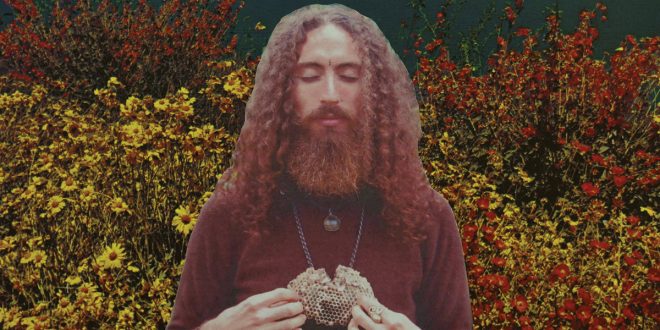 Upon first listen, I wasn’t quite sure what to make of Luis Mojica’s latest album “Songs from the Land”. A record he describes as “for lovers of freak folk”, I was expecting a form of psychedelia mixed with poignant observations on the day to day. Instead what unfolded was something that was even better. I don’t know if I’d call it “freak folk” more than I’d call it “nature folk”, because this record felt like you’re cascading through a garden, or more precisely, a museum in the middle of a garden. Mojica’s natural knack for lyrics and storytelling give every song a sense of lived-in pathos.

No word is wasted and he’s got a great ear for nontraditional hooks that really linger with you. Like a sprawling narrative, we start on a calmer opening with the track “Northbound” which chronicles the ongoing journey of our everyman protagonist. It’s not been explicitly confirmed by Mojica, but there’s a fair chance that this record is a concept album. Northbound feels like the opening of a film with lush panning shots that Mojica tells through his lyrics with enticing descriptions. The ending of the song which explodes somewhat into a level of bombastic we don’t see often on the album feels like the slamming of a title card, letting you know this is what’s to come. If Northbound is the story starting in media res, “Colonized” acts as an origin story of sorts. It’s a dizzying and existential crisis laden track “I’ve been colonized for far too long, how will I ever find my home”.

I’m not sure if Mojica’s music has ever been used in TV and Film, but his work is ripe for it, especially with this album which I think could work as a visual album. In “Colonized” when Mojica sings “Trying hard to make my way back home”, you know he’s referring to wherever his soul and heart wants to take him. Track “Mountains” acts like a great sequel to “Colonized” and even gets a mention in the lyrics as its like the end of act one, with our narrator taking a respite to marvel at the places he’s seen and where he wants to go “Take me to the long cold mountains/Take me to the long cold river”. Middle track “Call In” is a shorter intimate track, the acoustic guitar being the driving force. The whole record has a very timeless feel to it, like it’s existed for a long time now. By the time we get to “Black Magick”, it feels like we’re at the climax. It has some of the best and almost devious string work, especially from the violins.

The production on the record alone is meticulous and detail driven making it perfect for revisitation. Closer “Black Bear” almost has a “All Along the Watchtower” sense of “What has happened will now loop”, as the ending Segways beautiful into the opening if you start it over. Mojica knows the journey is never over, and I’m excited to travel it again and again.