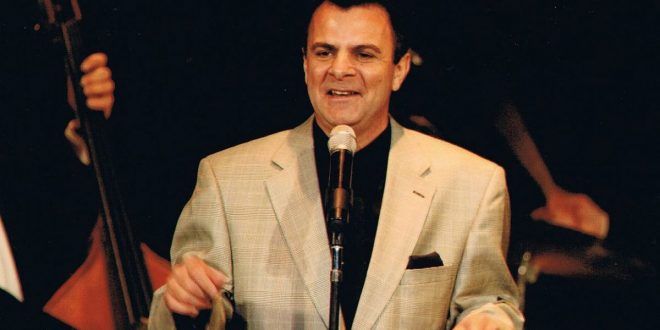 Doug Ferony croons his way through his cover of “I’ve Grown Accustomed To Her Face,” a soft, jazzy love song from the incredibly popular 1956 musical My Fair Lady. He sounds like he was plucked right out of the 50’s, holding onto that velvet voice that made people like Frank SInatra and Tony Bennett famous. The band that backs him up helps create this magic, emulating that hushed-yet-powerful sound listeners associate with the golden age of serenades and swing singers. Ferony gives new life to a timeless classic, making the audience believe that he has fallen for a woman he was at first repulsed by.

Ferony draws heavy inspiration from singers of the past, but his voice is still his own. There’s no denying he has immense talent; his vocals are firm and clear, easily sliding through the melodies. “I’ve Grown Accustomed To Her Face” was a fairly popular song that has been covered quite a few times since it’s original release, yet Ferony is able to keep its graceful integrity intact while moving it into present times. He didn’t try too hard to make it sound modernized or flashy. He let the original beauty of the song shine through and simply channeled it.

Doug Ferony spent most of the 1990s in New York City, performing at the World Trade Center, The Supper Club, and Tavern on the Green with various bands and trios. He has a deep passion for singing, and still travels and performs all over the country. There is something about old swing standards that still appeals to people; it sounds almost unique nowadays. Everyone is trying to come up with weirder or louder sounds, stuff that will make them stick out somehow. For artists like Doug Ferony, their power lies in them grabbing fistfuls of the past and making it relevant once more.

“I’ve Grown Accustomed To Her Face” details a man coming to the realization that he likes a woman the way she is, even though he’s been desperately trying to change her. Though some of the language and images are mildly dated, the heart of the song is relatable still. You fall in love with someone when you accept them for who they are, even if some of the stuff they do irritates you. Ferony is able to invoke a high level of vulnerability, tenderness, and apprehension that comes with allowing yourself to be open to the idea of romance.

While some audiences might write this type of music off as “oldies,” it’s a compelling sound. It’s a sound people keep circling back to. Even the biggest snob could be softened by a good Dean Martin tune. Doug Ferony has captured some of that quiet potency, that silky effortless way of singing, that makes this kind of music great. He has polished up an old heirloom gem and made it sparkle and shine again. He and his band are keeping the spirit of old jazz/swing standards alive and well, and bringing it into the future.