Pamela Hopkins said, “It was so great to have 2 of wonderful/bestest friends/band members there with me at the awards show, and it was great to make a bunch of new friends! Thank you also @offtherowstudio_tn producer PT Houston for making our song so great! Josie & Tinamarie, there’s nothing any of us could do to thank you for all you both do & the time you dedicate to do it, to give artists like us a platform! Love my new JMA family!!”

Robert Wagner of Little Wretches said, “Mike Madden, John Carson, Hk Hilner, and Rosa Colucci, you and I made a good record, didn’t we?”

This year’s JMAs were held on Saturday, September 19th, 2021,at the Country Tonite Theatre in Pigeon Forge, TN. The Josie Music Awards is an all genre music award show ceremony which includes a lavish red carpet and many performances. Since its inaugural celebration in 2015, the Josie Music Awards was, is, and remains the largest independent artist award show globally. Certainly, the most gala from the red carpet to the breathtaking venues the award show has been held in such as The Gaylord Opryland Resort “The Springs” building and the world-renowned Schermerhorn Symphony Center Concert Hall, The Nissan Stadium (all located in Nashville, Tennessee) and The Celebrity Theater in Dollywood (Pigeon Forge, Tennessee). Thousands of people from around the globe attend such as independent artists, songwriters, record labels, talent agencies, promotion companies, producers, engineers, management companies, press, music industry businesses, family/friends/fans, and more come out each year to enjoy the performances, award recognition, and the elaborate celebration. For more information, visit https://www.josiemusicawards.com/.

ABOUT PAMELA HOPKINS: Little Rock, Arkansas native Pamela Hopkins is a powerhouse singer, songwriter, and multi-instrumentalist. Her first Nashville album of all original music was released in February 1995. She returned to the studio to record her second album/EP project released in October 2018. 2 more singles were released in 2019.

Pamela returned to the studio in the spring of 2020, in Franklin, TN, to record her next 4 singles with Off the Row Recording Studio as one of their “Break Out Artists.” She plans to release 6 singles in 2021. Pamela regularly performs in piano bars, Norwegian Cruise Ships and clubs across the US. Pamela Hopkins has amassed more than 1.5 million streams on Spotify, with “Givin’ A Damn” receiving over 500K alone.

ABOUT LITTLE WRETCHES: The Little Wretches earned their stripes during the indie heyday of the 80s and 90s in Pittsburgh. In 2020, frontman Robert Wagner issued two new albums, including “Undesirables And Anarchists,” which featured a #1 international iTunes chart hit and received airplay on more than 100 AM/FM stations across North America. Wagner continues to perform at coffeehouses and small clubs. A Master’s Degree holder, Wagner also counsels abused, neglected, traumatized and court-adjudicated youth. He is the co-founder of The Calliope Acoustic Open Stage, an event that has lasted 15+ years. Wagner is also a long-term cancer survivor. www.littlewretches.com 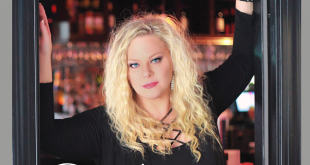 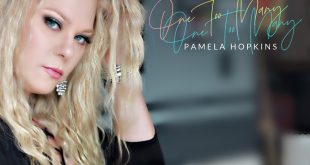 Pamela Hopkins shares new single “One Too Many”