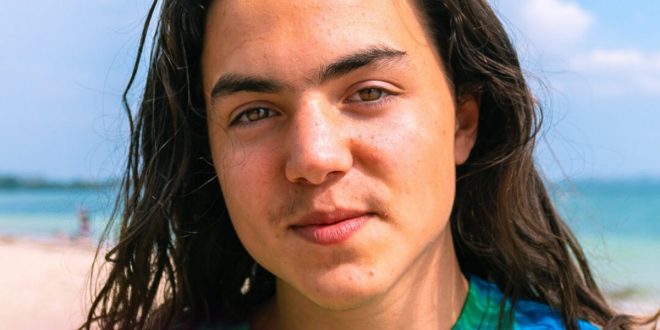 Glaring with such a strong, synthetic melodicism right off the bat, Robert White’s “Candy” is at once sugary and sour in a way that lives true to the song’s title, but I wouldn’t say it’s an exercise in pure indulgence exclusively. On the contrary, the rhythm of the instruments alone imparts a bit of brooding emotionality to the master mix that I’ve had a harder and harder time finding in mainstream pop, R&B, hip-hop, and rock this past summer.

The vocal that White delivers is tight and subtle beside the overwhelming textures cascading from the melodic sources around him, and although he doesn’t push the verse as far to the left as he could, there’s an eclecticism to the narrative in this debut single that isn’t lost on the audience, no matter how new to surreal songwriting they happen to be. “Candy” masks none of its instrumental intricacies, and yet it feels like one of the most streamlined performances of its kind to hit record store shelves in the past few months. It’s born of a strain of postmodern pop and new wave hip-hop that doesn’t care what you call it – at the end of the day, this piece celebrates excess of the rarest variety.

While the synth parts are so intense in the backdrop, this doesn’t minimize the impact his words have as we get deeper into the track. His vocal vaults between the sublimely melodic and the straightforwardly urgent, and whether singing or rapping, his emotions are always put at the forefront of his voice rather than concealed behind the fanciful verses he spits.

This is a single that never fails to sound seamless, no matter how many times I listen to it and look for fractures in its porcelain-like hook. He makes such an ambitious debut for himself here that it’s difficult to imagine his next release not blowing the creative lid off of what we’ve already been introduced to in “Candy.”

I hadn’t heard of Robert White before getting a pre-release copy of “Candy” just recently, but while a lot of his peers are going hard n’ heavy with their rookie content, this is an artist seemingly more comfortable taking things from a relaxed perspective – and he couldn’t sound better. He’s got a lot of passion that he channels through the aesthetic as opposed to his words alone, and with a little more grooming with regards to his development of a hook, I don’t believe it’s going to be very easy for his rivals to slow the momentum White will inevitably experience. The concept is definitely there in “Candy,” and I for one cannot wait to hear what he’s going to do with it in his next release.