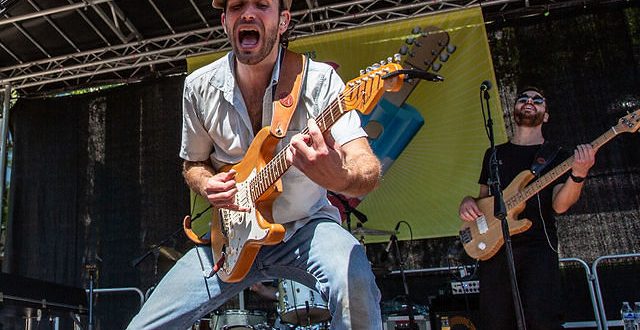 It was fitting for Theo Katzman to play his first show after the long pandemic lockdown by returning to his hometown of Ann Arbor.  A graduate of the University of Michigan in Ann Arbor, Katzman has been playing at the free lunchtime show, Sonic Lunch, for the past 10 years and so it was appropriate for him to close out this year’s season. Sonic Lunch, sponsored by the Bank of Ann Arbor, is a free concert series held on Thursday afternoons during the summer and features several local artists. You may know Katzman as the drummer/guitar player/vocalist from the funk band, Vulfpeck, but he’s released several solo albums as well, his most recent being- Modern Johnny Sings: Songs in the Age of Vibe.

It was a perfect Michigan day with a large crowd of Ann Arbor locals and many fans that had traveled from far away to be there for Katzman’s first show back. The energy in the air was palpable as the band took the stage. Katzman was joined by Lee Pardini (keys) and Trevor Menear (guitar) from the band Dawes, Jordan Rose (drums), and one of the top ten bass players in the world right now- Joe Dart of Vulfpeck and Fearless Flyers.

In addition to playing songs from his newest album, Katzman performed a set of older songs from his first album, Romance without Finance, since this year marks the tenth anniversary of that album. Many of the fans in the audience have been following Katzman’s work since his debut album. He also promised that he has been working on a new album but that the songs weren’t ready yet to perform but to be on the lookout. At one point in the show, Katzman was visibly moved by the outpouring of love and support. It had been a long year and a half for us as a society and I think the love was felt among everyone present.

Katzman played an extended set, lasting nearly two hours to a crowd of people that displayed never waning energy and excitement. Each song that played next was met with as much enthusiasm as the song before. What happened after the show was almost as incredible as many of Katzman’s friends, family, and Vulfpeck bandmates were in attendance. The street was shut down for the concert and it was like a giant family reunion with the band members and their family and friends greeting fans, and fans reconnecting with each other after a long hiatus. There were food trucks and local vendors providing refreshments and Sonic Lunch giving out free popsicles, stickers, and trading cards. If you ever want to experience the combination of a street fair and concert all in one for free, then I definitely recommend checking out any of the shows during the Bank of Ann Arbor’s Sonic Lunch series.

Katzman doesn’t have any more shows scheduled at the moment, but please follow him on his social channels to learn when he might next be near you.

To see Theo Katzman on tour, click HERE for tour dates and tickets.

Fun Loving Music Photographer and lover of live music in general. I am most likely to be spotted with a coffee in one hand and a camera in the other, somewhere in Philadelphia, New York City and everywhere in between. For more of my music photos: http://myphotos.bellemorephotography.com/
@bellemorephoto
Previous Gallery: The Ghost Inside at Palladium Outdoors 8/28/21
Next Live Review + Gallery: KISS at FivePoint Amphitheatre in Irvine, CA (09.09.2021) 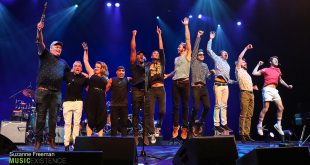 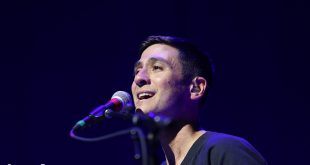 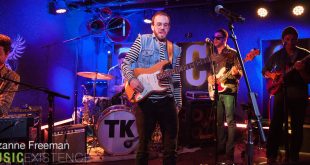