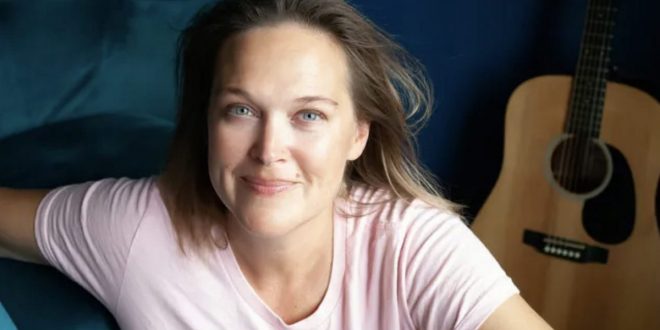 Teressa Mahoney’s third and newest album, Disillusions, which just came out, softly resembles the sounds of Joni Mitchell and Lisa Loeb. This eight song masterpiece is about her own personal experiences and growth as a christian and woman. She questions the very fundamentals of her life. The songs range from her relationship with God in “Always You” to what America really is in “American Elegy.” Not only does she exude variety in her lyrics, but her sounds are layered as well. Her country twinged and folk pop songs like “Good Good” and “Hey Honey” are more up-tempo and have a Taylor Swift vibe while “Emma” and “Maybe” are slower ballads that force you to focus on her words, both of which talk about the themes of betrayal.

Of “Maybe” she says “I remember the feeling when everything had gone terribly wrong and I was completely shattered. In that moment, the choice was to give up, curl inward, and let bitterness grow and fossilize, or alternatively, take a good look at the beliefs and conclusions I had been holding onto. There is a way through pain and suffering, and for me it started with realizing that maybe I didn’t know as much as I thought. The beauty of taking that path is that around the bend is goodness and an authentic appreciation of life. There is immense freedom in not having the answers. I don’t know why it takes devastation to get there, but it seems to be a necessary component.”

Teressa’s story is one of resilience and creative rebirth. She decided at the age of 4 that she wanted to be a singer, and sang in church, high school youth group bands, and she won local and regional voice competitions. Teressa later moved to New York City to pursue her dreams of being a singer. At 21, she entered a singing competition, and when she wasn’t even called back, she took it as a sign from the Universe to move on from music. Teressa then returned to Colorado, got married, had a family, and put music on hold. Personal tragedy seven years ago led to the aforementioned devastation and it led her to start learning how to play guitar, and she began to explore her emotions and process her pain through songwriting.

Disillusions is nothing short of raw, empowering, and confessional. She is not afraid to say that she was wrong, that she is growing as a person and willing to change her mindset to allow a deeper, more connected love for herself and others. Her artistic capabilities and wisdom encapsulate her music and iare the force of Disillusions. This album is about finding your own truth and is necessary listening for our world today.

Stephen Vicino is the founder of MusicExistence.com. He created this site to give talented musicians a voice and a way to be discovered.
@@svicino
Previous Orchata Papi gets approval of his Tortilla Company from Cardi B!
Next Single Review: Missing-Nin “Tell Me”