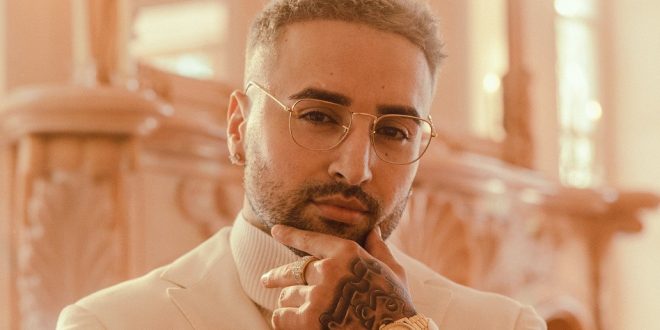 “Peligrosa” from the multitalented Ztilo this September, and whether you’ve been listening to this smooth-singing Latin pop musician lately or not, you’re bound to walk away from his latest cut feeling a chill. His voice takes center stage right out of the gate, pairing with a lush guitar component that extends itself through the speakers and embraces anyone within earshot rather seamlessly. The flawlessly crisp tonalities we find in this track and its companion music video are definitely the product of an ultra-posh production style, but not exclusively. There’s something to be said about the execution Ztilo is utilizing here, and moreover, the effect it has on the mood of the music in general.

The music video for “Peligrosa” has the lux feel of something far more mainstream than its creator’s diverse style of attack was built for, and yet the substance of the material it presents is fierce and unapologetically forceful. Rather than coupling smooth rhymes with a bold but soft backdrop, Ztilo is going for something a little more contrasting in this piece, and developing a provocative visual centerpiece for the fans in this music video. He’s pushing the envelope a bit, but all in all, I think that if it’s going to result in incredible content like this, he needs to continue with the inventive spirit he’s embodying in this release. There’s an ambitiousness to this duality that goes well beyond the standard in contemporary Latin pop, and modern melodic western music around the world.

As much as I can get behind the heartfelt lyricism in “Peligrosa,” I can’t say that the words are any more effective than the actual framework we hear them in is. As stated at the beginning of this article, the harmony between singer and instrumentation at the climax of this single really does account for a fair share of the thrills you’re going to enjoy every time it’s playing. Because of how intimate a relationship Ztilo cultivates with the elements around him in this master mix, there’s scarcely a moment in which his parts aren’t integrated with the instrumentation to the point of blurring the line between singer and string play altogether. It’s potent and emotional, but more than anything else, it’s spellbinding to hear.

Ztilo has been working his way out of the underground for a minute now, but I don’t believe it’s going to be hard to catapult his place in the hierarchy of smart indie players currently working the pop scene from low to high profile on the strength of his performance in “Peligrosa.” He’s hammering out one of the most compelling harmonies of his career here, but more importantly, he’s establishing himself as a melodic pillar of an exciting period in alternative Latin pop. Ztilo isn’t afraid to break a couple of rules if it means turning in something really amazing for the audience to fall in love with, and his attitude is exactly what this genre needs more than anything else right now.