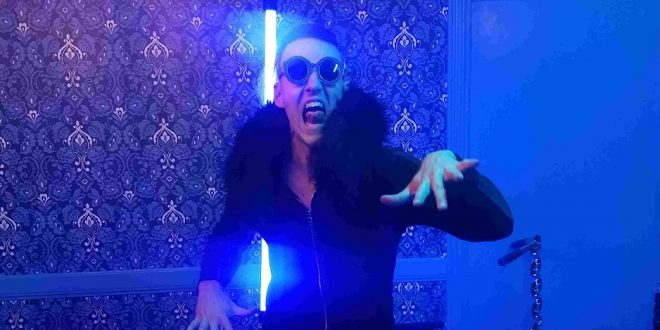 Matt Oloffson isn’t someone to stand fallow for long. Hollywood Undead’s drummer faced recent unplanned downtime and, rather than twiddling his thumbs waiting, the layoff sparked his imagination. Billy Hermosa emerged. Oloffson’s musical alter-ego is far different fare from Oloffson’s “day job” with Hollywood Undead though the same idiosyncratic edge cuts through. This is songwriting and music intent on skewing listener expectations without ever subjecting them to an alien experience. The single “Electric Glow” from Hermosa’s EP release Wylde Card has a recognizable shape but Hermosa peppers the composition with flavors all his own.

There’s a sleek and streamlined quality defining the entirety of “Electric Glow”. He keeps the song’s bass, percussion, and other electronic instruments on the same page, moving in lockstep with one another, and it hums with well-oiled concision. Despite the seeming pre-programmed nature of “Electric Glow”, the single radiates warmth and cool confidence from the outset. Listeners will find it difficult to pinpoint a single instance when the performance sounds uncertain. It is not surprising, given his background, that the song boasts a great sense of timing and physically engaging percussion. It never falls prey to self-indulgence, either; the lean and muscular focus Hermosa brings to other aspects of the song affects its tempo and rhythm as well.

He orchestrates the track in an effective way. “Electric Glow” has a number of smaller climatic moments arriving before its final curtain and never feels rushed. He understands the value of a song having vital dynamics but possesses skills advanced enough to pace them appropriately. The song is a little under four minutes long and Dave Darling’s production helps impose a dramatic design on the release.

The lyrics are a fragmented, in a sense, but each line dovetails into the next with satisfying skill. It may take listeners multiple passes before they arrive at their own interpretation of their meaning. There is a message here, without question, not social commentary, and the direct way the lyric “speaks” to listeners will be bracing for many. It never attempts overshadowing the music but, instead, works as part of an overall package. Hermosa breaks from many acts, however, as the words are clearly the equal of its musical counterparts.

Oloffson has his own reasons for working under this nom de plume. It is likely, in this reviewer’s opinion, that Hermosa is a creative mask and nothing more. There is a long history of performers and songwriters with other ongoing concerns embracing alternate personas. Performing natures can rarely contain their need for multiple imaginative outlets and shouldn’t try.

The guitar will attract many as it puts an emphatic exclamation point on the song. “Electric Glow”, however, lives and dies with its rhythm section and is well-served by the song’s gradual escalation. There’s never some explosive moment when the track blows open, really, but it maintains a steady simmer that nonetheless holds your attention.

Billy Hermosa, Matt Oloffson, names ultimately doesn’t matter much. The final measuring stick, in the end, is if “Electric Glow” stimulates its audience in a positive way. It is difficult to imagine many modern music fans, even casual listeners, rejecting this single from Hermosa’s forthcoming EP. It has all the necessary qualities to captivate a wide cross-section of music consumers and holds up under repeated listens. Let’s hope that this unique new project finds commercial traction and enjoys the success it deserves. 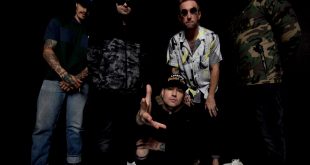