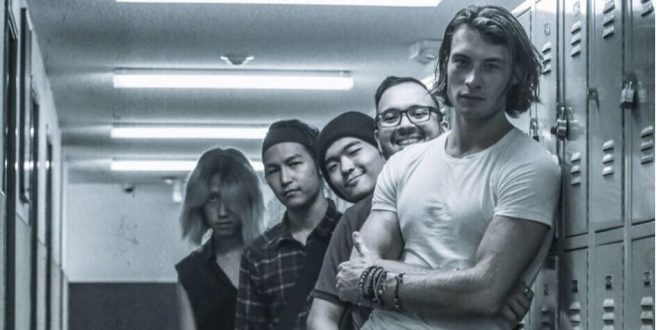 As we reach the midpoint of 2021, I firmly believe we start to get some of the best releases of the year. “Live Sessions” from Foolish Deep is clear evidence as such. Formed in California by front man Caspar Madaus-Bruck, the group has been cranking out some very solid singles over the years, but they might have reached their peak with Live Sessions.

A sort of redux of their 2020 release “The Fool”, we find a lot of the songs on that album have been brought over, but as the title implies we now hear them as raw as possible, exposing both the strengths and slight weaknesses of the group. To be fair, the biggest detriment to the album is that by capturing the fresh recordings, sometimes the mastering leaves a little to be desired. Caspar’s voice is immaculate as usual, but some of his more soft spoken elements threaten to be drowned out by the powerful instrumentals. It’s almost not a bad thing however because the instrumentals are some of the most layered and nuanced I’ve heard this year. By stripping things back to their base element, songs like opener “Looking for the Moon” have a stronger presence thanks to the human quality you can feel in the guitar work.

The steady drum beats across all tracks to wonders, evoking a sense of a living breathing soul. To this day there’s still plenty of discourse regarding is a live performance better than a recorded, and to be honest for Foolish Deep it’s neck and neck. They take advantage of ambience like with their cover of Tears for Fears “Everybody Wants to Rule the World” by even including the sniffling and throat clearing before things kick off. Moments like that allow for a tangible connection to the audience. Even made stronger is the way the album is assorted. It creates a strong narrative that I can imagine will connect with those after a particularly tumultuous last few years, but the good thing is that the album never feels like a cash grab to capitalize on the feelings of today, it just so happens to line up coincidentally. By the time you reach the album closer “Stranger”, it does almost exhaust you and in the best sense. The emotions on display regarding themes of love, identity, and closure hit so close I can see some deeply uncomfortable by the uncompromising nature of it all.

Foolish Deep uses Stranger as a way to truly flex their sonic muscles by giving Caspar the chance to bring a show stopping vocal performance before turning things over to the band as they jam out for the last five minutes of the track. It’s an exciting moment complete with some fantastic electronic incorporation that sets it apart from the more standard assortment of guitar and drums. In the end, Live Sessions is almost a reset for the band, allowing them to reconnect with their roots and strengths, fine tuning for the future. If this is them warming up, I can’t wait to see future payoffs.