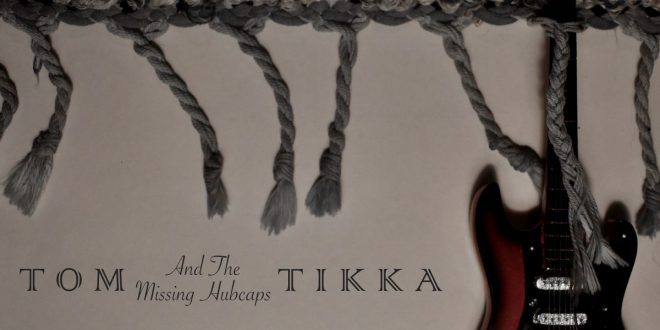 The single is the 2nd release from his forthcoming “This Is My Happy Face” album. Tikka appears in drag for the entertaining music video.

It’s an angry, revenge song. The song’s not so much about the heartbreak, than it is about getting even with someone who has hurt you.”— Tom Tikka

Tom Tikka and MTS Records are proud to announce the release of the second single from Tikka’s much-anticipated solo full-length debut album release, “This Is My Happy Face.” “Doormat” will be released this Friday, September 3rd. Following the popular reception of first single, “Heart’s On Fire,” which has received 50K Spotify streams in just a few months, “Doormat” seeks to follow this momentum. The album is scheduled to drop 2 weeks later, on September 17th, 2021.

Tikka explains the song’s origins: “Trust is the cornerstone of any relationship and ‘Doormat’ is very much about the lack of it. It’s an angry, revenge song. The song’s not so much about the heartbreak, than it is about getting even with someone who has hurt you. This is a theme that isn’t dealt with a whole lot in rock songs anymore but a theme that was quite common in old blues tunes, as well as in the classic rock of the sixties.’

“In fact, I was listening to The Beatles’ ‘Run For Your Life’ when an idea to write ‘Doormat’ first occurred to me. I had never really written a threating lyric before and felt it was high time for that. The lyric isn’t about any particular event in my life, rather it’s a composite of different awful periods I have had to live through.’

“Having always been intrigued by the pact Robert Johnson supposedly made with the Devil, I knew from the get-go that this lyric would feature not only the ‘medicine man’ and ‘priest,’ but also the ‘red-eyed demon.’ I often wonder if the crossroads Johnson sings about exist but I do know this, there are people out there that have the Devil in them and hopefully, unlike the protagonist in ‘Doormat,’ you are able to steer clear of them.

Watch the video for “Doormat” at https://www.youtube.com/watch?v=mK0YSDQ7Tqk.

ABOUT TOM TIKKA: With a long list of career and musical achievements already to his name, “This Is My Happy Face” is a cornerstone to Tom Tikka’s development and a valuable piece to his already prolific portfolio, as a member of The Impersonators (FBP Music Group) and former member of Carmen Gray (Sony/BMG). His EP, “That’s What Winston Churchill Said” included multiple top 5 international iTunes hits, and the first single from “This Is My Happy Face,” “Heart’s On Fire” reached #2 on iTunes, and #81 on the US Mediabase Activator Chart.