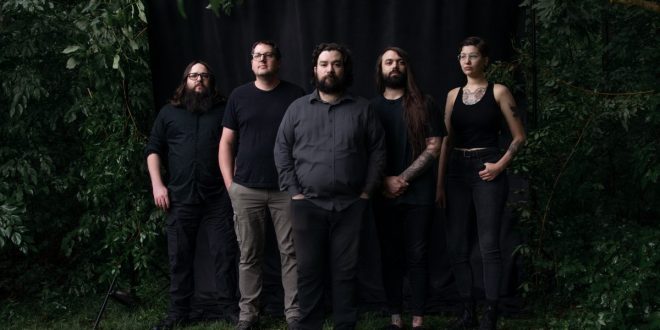 Today, The World is a Beautiful Place & I am No Longer Afraid to Die share “Queen Sophie for President,” the second track off their forthcoming fourth studio album, Illusory Walls, out digitally October 8 and on vinyl December 3 via Epitaph Records.

The process for Illusory Walls took about a year, written and recorded remotely between the bear-filled woods of Connecticut & the streets of quarantined Philadelphia – a first for the band – due to the coronavirus pandemic. The extra time gave the band time to manage the unexpected, such as Katie Dvorak (vocals/synth) sustaining an injury that meant she was unable to sing or talk for a couple of months at the end of 2020. Had they been on a normal recording schedule, she wouldn’t have been able to get her vocals done. Instead, she was able to channel what happened into her songs. Though “Queen Sophie For President” is ostensibly about the tenacity of oppression, whether on a personal or political level, it is heavily influenced by her injury.

Co-produced by vocalist/guitarist Chris Teti alongside his studio partner Greg Thomas (END, Misery Signals), Illusory Walls takes on the weight of human existence while it’s buckling under the pressure of today’s near-dystopian society. Personal anxieties and political struggles collide with a series of portentous, apocalyptic, and dramatic tunes, resulting in some of the darkest music the band has made since forming in 2009. For while Illusory Walls certainly draws you deep into the world of the band, it also takes you deeper into your own, into crevices of your mind and life that you perhaps hadn’t encountered or weren’t able to explore before.