Home / Headline News / You, Me, & Everyone We Know debut new track “The World is Ugly” 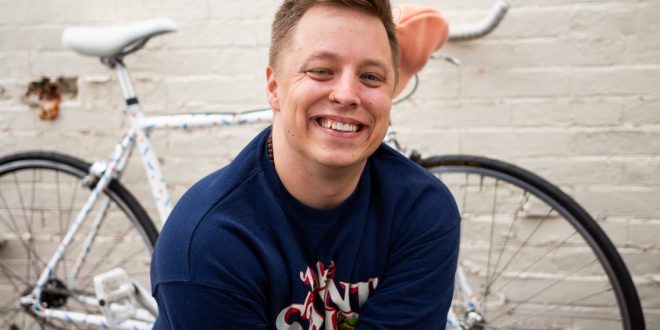 You, Me, & Everyone We Know debut new track “The World is Ugly”

Two weeks out from the release of their long-awaited full-length record Something Heavy (September 17 via Know Hope Records), indie-punk stalwarts You, Me, & Everyone We Know are premiering their cathartic new single “The World Is Ugly” (featuring vocals from Tate Logan of Happy.) today with Under The Radar. A rumination on trauma, friendship, addiction, and nihilism through multiple perspectives, “The World Is Ugly, I Want Wine” mixes dark lyrical themes into a catchy, synth-tinged indie pop cocktail that builds to a chorus of full-hearted and drive-cranked guitars, establishing the track as a captivating and memorable cut from Something Heavy.

“The song bounces from one imagined perspective to another as an examination of the hidden internal lives of people that are attending a gathering,” Vocalist Ben Liebsch (pronouns, He/They, Ben is non-binary) tells Under The Radar. “My own perspective on intractable loneliness blends with imagery constructed from overheard conversations, hushed concerns about a friend in addiction, and a life made repetitively solitary due to being labelled as other by this world. It really epitomizes a perspective as trans-rational as the band name itself.”

“Sonically I wanted this song to sound like The National, only from the perspective of someone who’s only ever heard one or two The National songs,” continues Ben. “It was a real treat having Tate participate on this song. Our voices blend so well and Tate’s voice really makes the part work the way it does.”

It has been six years since we last heard from You, Me, and Everyone We Know. Understandably, a lot has changed primarily with Ben’s journey with their own mental health. Through therapy, they began to learn how to unpack traumas that informed a lot of the perspective of past material and understand the impact those traumas had on their development as a person. The process of knocking down these walls that Ben forgot they even built informed a good chunk of songwriting for Something Heavy, which references the ideological teachings of Ram Dass and the philosophical musings of comedian Pete Holmes, in such a way that allowed all of the separate world’s that they’ve inhibited to bleed into one another.

Ben has said that You, Me, and Everyone We Know is what has kept them alive through all of the peaks and valleys of human existence. “Music never crossed my mind as a pursuit,” they reveal. “Nothing did. When I first started writing the songs that would be the unintended inception of this band, I thought I would be dead by now. I had no intention of doing any of this. Yet here I am 15 years later, having since found deep meaning, purpose, and fulfillment in someone else’s dream.”