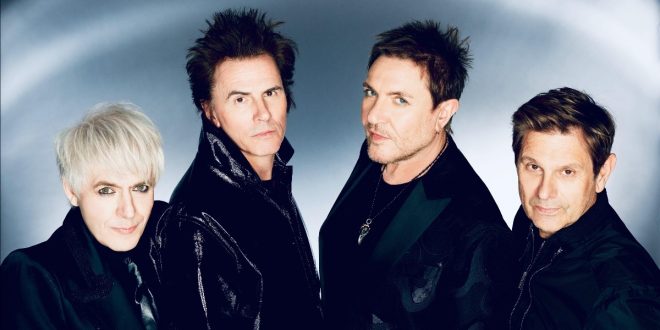 Today, Duran Duran share the anthemic “Anniversary”, produced by the band along with British DJ/producer, Erol Alkan and the third song taken from their fifteenth studio album, Future Past, set for global release on October 22 via Tape Modern for BMG. Pre-order/save/add HERE.

“Anniversary” is Duran Duran at their exhilarating best and continues to show why they’re still one of the most exciting and progressive bands on the planet. Celebrating their 40th anniversary this year, the song is sure to be a massive live favorite.

Speaking from London, where they are rehearsing for a string of upcoming UK dates, Duran Duran bassist and founder member John Taylor said today: “‘Anniversary’ is a special song for us. Obviously we were conscious of our own impending 40th anniversary of making music together, but we wanted the song’s meaning to be inclusive in the broadest possible way. After playing and working together for so long, we very much appreciate what ‘being together’ and ‘staying together’ can really mean, it’s not something we would have thought song-worthy 40 years ago but we do today! It was also fun to build a track with hints of previous Duran hits, they’re like Easter eggs, for the fans to find.”

The internationally acclaimed, multi-platinum, award-winning pop legends recently announced a headlining slot at this year’s Austin City Limits Music Festival, where they will perform on the main stage on Sunday, October 3 and 10. The band will also be playing at the upcoming Global Citizen LIVE on September 25.

Future Past will be available on all digital platforms, as well as in a variety of physical formats: standard CD, cassette, a limited edition deluxe hardback book CD featuring three additional tracks, and colored vinyl.