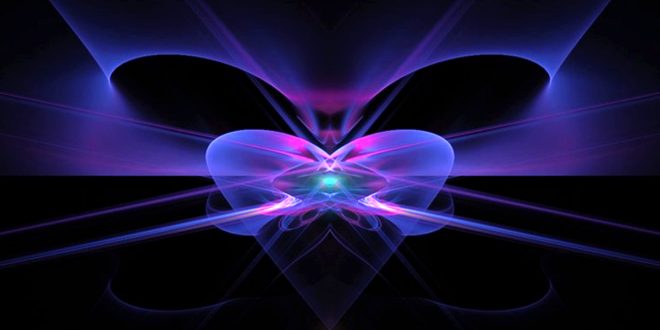 Rather than forcing us to split our attention between vibrant vocals and colorful grooves in the song “My One Devotion,” Esglo amalgamates textural and tonality rather flawlessly in this prime cut off of his new album Poetic Trance, leaving us able to appreciate his sonic depth in all its larger than life glory. Esglo is out for flamboyancy in tracks like this one, “Mirage,” the surreal “Dreamstate,” and “Take My by the Hand,” but he isn’t sacrificing any honest emotionality to get it. He’s able to manage a lot of personality and intentional plasticity with the kind of ease only the legends in EDM are known for, and in Poetic Trance, he makes it more than obvious that he isn’t about to stop experimenting with his sound for anything.

Without having ever heard this player’s work before getting a copy of his latest LP, I could tell that pushing the envelope was on his mind in the construction of “Here and Now.” Although cosmetically simple, this is a single-worthy song that has a complex beat that essentially feels designed to put his vocal skillset to the test, and to me, what he turns in behind the mic is absolutely golden. “Distant Heart” is far more bass-heavy, but it arguably makes as big a statement about this player’s voice as the aforementioned piece does. The virtuosities of “Dreamstate” and “One More Try” don’t minimize the impact of the simpler material here, but instead, foster a duality that we are seeing less and less of in mainstream pop and hip-hop these days.

“One More Try” and the sensuously synth-focused “First True Love of Mine” really had my attention on account of their warm bottom-end tonalities, and along with “Your Eyes” make for some of the more physical offerings in Poetic Trance. Everything here has a bit of muscularity to it, but when it comes to brawn, these songs have a certain uniqueness that makes them stand out beside some of the more heavily processed works in EDM to hit record store shelves in the last couple of months. “With Open Arms” is the eccentric centerpiece of the record’s midsection, but I think without its zany contribution to the tracklist, the greater narrative in the LP wouldn’t be nearly as transcendent of lyrical conventionalities as it is in this scenario.

“Within My Heart” sports mad indulgence whilst “Open Your Heart” is a bit more eclectic in terms of its arrangement, but between the massive contrasts in these two tracks, I think it’s easy to break down how significant a release this is for the work of Esglo moving forward. He sounds so much more relaxed and rejuvenated in the studio than he did for his first couple of albums, and while his growth just since Floor Essence is difficult for even the more discriminating of electronic dance critics to deny,  I believe what he’s got in the tank for this release will likely blow away all of his fans and foes the same. This is a seamless performance, and one that brings the club energy to our speakers like few other LPs can this summer.