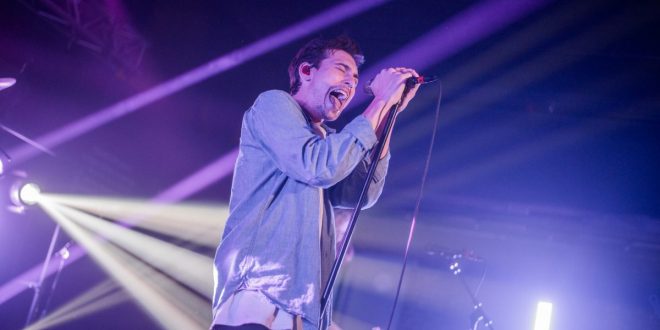 Philadelphia alt rock band Grayscale will release their third full-length Umbra on Friday, August 27, via Fearless Records. Get the record, produced by Courtney Ballard (Five Seconds of Summer, Waterparks), HERE. Ahead of the album’s anticipated bow, the band has shared the video for “Live Again.”

“This is a super meaningful song to us,” says Walsh. “‘Live Again’ is about my dad getting sick last year and what that chapter was like for him and I. It was a dark time for me.”

Grayscale are currently touring as part of Sad Summer Festival. The band will also appear with All Time Low and The Maine on the Side Summer shows. The band will embark on a headline tour this November and December. It kicks off November in Albany and runs through December 5 in Wilmington, Delaware. Support comes from girlfriends, Cemetery Sun, and Young Culture.