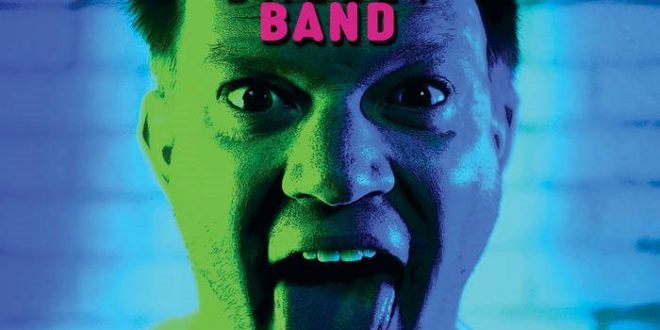 Denver, Colorado’s Jeffery Dallet isn’t breaking new musical ground with his work, but polished and high quality songwriting always has a seat at my table. The Dallet Band’s latest collection Acid Tongue is a nine track outing and the quartet’s fifth release since May 2018. Dallet’s considerable skills are undimmed by the global pandemic and his bandmates complement the poetic flourish often present in his lyrics.

There’s an idiosyncratic quality surrounding his songwriting. It’s accessible, without question, but a dark sense of humor and gritty realism are rife. The album’s second track “Sweet Cindy” illustrates this well. Dallet pens a lyric about gravitating towards mentally unstable substance abusers set to a striding guitar-driven rock arrangement. Despite the dark subject matter, however, Dallet and the band pull listeners in. The song’s melodic riff, crackling chemistry between its members, memorable vocal arrangement, and lyrical economy are defining elements of the cut. It’s intelligent and physical rock.

The slow and elegant burn of “Sinner’s Dance” will be a favorite for many. Piano is the driving musical force behind this song and works in close concert with the words. The intricate lyrical construction outstrips anything of the preceding lyrics. Listeners, however, will be hard pressed to find any hints of self-indulgence. “Psalms of Freedom” has a deliberate pace, martial in its regimented tempo, and acoustic guitar underpins the track. It doesn’t blast listeners out of their seats, obviously, but possesses a clear rock music spirit coming through from start to finish. Those who disdain overly topical songs will appreciate Dallet’s more poetic and timeless examination of humankind’s tendency to murder and destroy.

A vivid folkie vibe emerges from “45 Song”. It’s easy to identify the song’s subject but, his taste and discretion shining through, Dallet never outright names his target. It may seem like a small thing but enhances the song’s impact. The acoustic sound of the track doesn’t soften its bite and introducing additional instrumentation, harmonica, to the album’s sonic tapestry strengthens the song. Lead guitarist Scott Holland gets the album’s penultimate song “Skin ‘n” Bone” off to a strong start with a brief sneering melody that holds your attention. The turgid pace of the song adds weight to the song’s foreboding air and the restrained use of post-production vocal effects further dramatizes the performance.

The finale “City at Night” has ample drama. Harmonica is once again a defining musical presence, a second vocalist duetting with Dallet, but the palpable sense of place he once more invokes for listeners rivets your attention. He doesn’t possess a traditionally beautiful voice and responds to that drawback with superior phrasing that breathes near-cinematic life into his words. It’s another track with a pronounced folk influence and that strand of his musical DNA provides an excellent vehicle for the Dallet Band. Acid Tongue is an album well worth revisiting long past your first listen and their long-running creative momentum shows no signs of slowing. Longtime fans will be satisfied by this reaffirmation of their growing powers while newcomers will likely keep coming back for more.