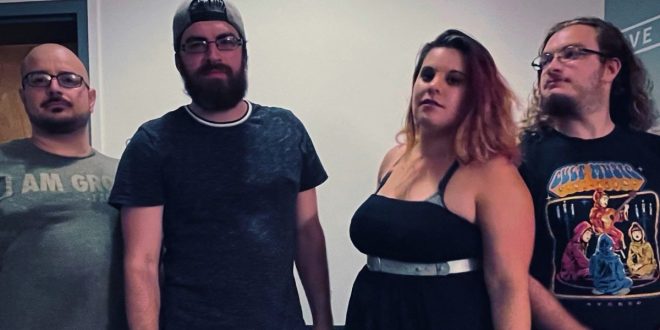 Philadelphia alternative rock band Loud Love has just released their latest single, the fuzzed out, modern rock anthem “Lions, Wolves & War”. The riff laden track, featuring the dueling vocals of Vincent Marone and Shannon Leeds, was recoded by Matt Weber (The Gradwell House, Haddon Heights, NJ), and mastered by Dave Downham. It is the first single off of the band’s upcoming EP, PHASES, out this Fall.

Lyrically, “Lions, Wolves & War” is a song of learning and reflection. “This song was written during the height of George Floyd’s murder at the hands of police,” songwriter and guitarist Vincent Marone explains, “If I’m being honest, I didn’t understand the scope of what minorities were facing. This event, along with many others, opened my eyes to the real horrors they face each and every day. I began asking questions and educating myself. During a conversation with my friend, I asked how I could  become an ally to the movement. What she told me was a well-deserved and very honest answer… she told me to be a true ally I need to ‘Shut the f*ck up and allow them to use their voices.’ This song is really my reflection of all of this.”

With a surefire rock ‘n roll sound paired with heavy hitting lyrics, this track is sure to be a great addition to anyone’s summer playlists. “Lion, Wolves and War” is now streaming on all major platforms and on Loud Love’s website.

Bringing the rock ‘n roll genre back to center stage, Philadelphia based rock band Loud Love formed in 2020 during the throes of a global pandemic, only to make a significant splash on the Indie Rock and Punk scenes once the world began to reopen. After partnering with Mission Pro Wrestling as their official music provider and content creator, Loud Love has been working hard to create their soon-to-be released 5 song EP, Phases due later this year.

When they’re not recording or songwriting in-studio, Loud Love lights up the stage with core members Shannon Nicholas, Vincent Marone, Cody Leeds, and Bill Monetti. Legacy band members Pat Mitchell, Miguel Manzano, and Alex Cross also join the lineup from time to time as well. Loud Love delivers a high-energy live show like no other, setting them apart from your typical rock quartet.

Influenced by bonafide rock legends that span generations – from Aerosmith to Tool, from Metallica to Green Day, Led Zeppelin to Ice Nine Kills, and everything in-between – Loud Love is the perfect blend of technical skill and punk rock attitude. 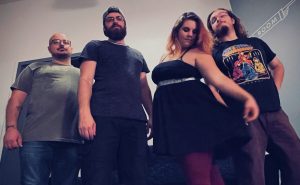