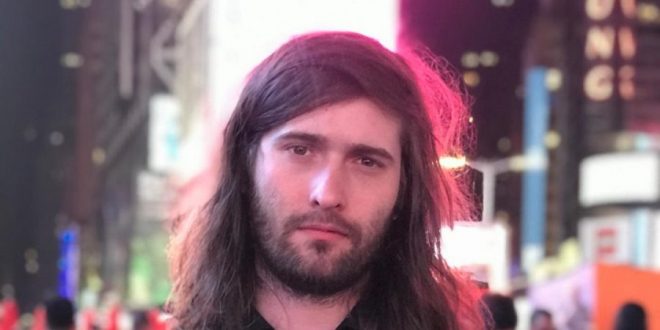 Get to know Producer/Songwriter Morgan Matthews

607
SHARES
FacebookTwitter
When did you first realize you wanted to work in the music industry?
I always wanted to be a songwriter or a guitar player that helped one main artist. That was one of my goals. When I found out there were so many artists that could never really “put together” a band or develop “a sound”, I realized I could make music for them and that was where I would fit in.  This was probably when I was about 20 years old.
Do you still remember the first song you ever produced?
I don’t think I would say I produced songs back then… I used to just record myself playing a few instruments and then someone singing. I don’t think it sounded great but they were all songs by myself and my friends. I don’t remember the names! But it’s how I learned.
What were your thoughts when you found out “Show Me Love,” which you produced, had gone #1 on the Billboard R&B chart?
I thought it was awesome news! I was excited and went to see her perform it live on my birthday in New York City.
Kidd G has millions of streams and you recently produced his new song “I Hope.” What was your reaction when you found out it would be a single?
I was excited to be involved in Kidd G’s career. He seems like he is on a great path.
You have music that is featured in a new NY Times documentary. Tell us a little about it.
The music was something that connected with the people who made the documentary. My goal is always to create music that people connect with, and I’m grateful they thought it was a good fit and decided to use it.
Do you have any go-to practices when it comes to writing or producing songs? Any tried and true formulas?
Keep it simple! If it worked in the past, don’t be afraid to try it again.
What is the driving force behind your passion for music?
The love for this art.
Who or where do you draw inspiration from?
Anything and everything. Experiences. Ideas might come into my mind while I’m just sitting in a restaurant.
Do you have any dream artists that you’re dying to collaborate with?
Sure. I want to work with superstar artists but I also want to work with the new artist who is driven and motivated with a plan.
How did you first get a start in the music industry?
I really didn’t have guidance with all of this so I just wrote and wrote until something happened! I never really reached out to people. I tried to rely on the music to connect with people. If the music is there, things will happen.
What is one of the biggest lessons you’ve learned about the music industry in your experience?
Learn as many things as you can. Keep a close circle of people around you that you can honestly trust and rely on.
What is one of the biggest lessons you’ve learned about yourself while working in the music industry?
If something is going to happen, I need to make it happen.
Check out more on Morgan Matthews at www.iammorganmatthews.com or on Instagram at @morganlikesmusic.