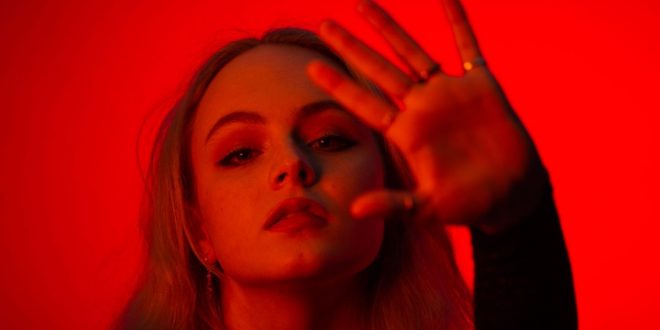 Emo and pop-punk aesthetics have been coming back in a big way this year, and although she was barely a few years old at the height of both genres’ popularity in the mid-2000s, singer/songwriter Ally Eandi takes great influence from the two schools in her new single “Home” this summer. Much like her first two singles, “My First Dance” and the lauded “3 More Seconds,” “Home” exploits the melodic profile Eandi brings to the table marvelously but stops short of overstating her harmonies and the sonic depth of the instrumentation behind her. There’s certainly been no shortage of overindulgence in the content I’ve been reviewing from her peers this season, but hers is a sound more efficient than it ever is elegant because of excess.

Eandi’s lyrics are her main focus in this performance, and if you compare what she’s doing here to how she approaches the narrative in “My First Dance,” I think it’s more than obvious that she’s growing more exponentially than some of the competition is. She’s steadily developing a poetic sensibility that fuses the best parts of teenage angst and ageless self-awareness, the latter of which ironically fashions these verses with maturity I wasn’t necessarily expecting to find here. “Home” feels like an awakening for her skill set in this regard, and perhaps the first real stepping stone she’ll need to bridge the gap between underground celebrity and mainstream acceptance. I’d be lying if I said she didn’t sound cut out for the big leagues in this single, greatly because of her command of linguistics.

Personality has been a big component of the first three tracks this young player has released, and I love that she never sounds like she’s fronting just to fit in with a popular model trending in indie-pop today. As much as her swelling emo sound matches up with what a lot of Gen Z audiences have been getting into lately, she doesn’t rock the aesthetic in this performance sounding like she’s simply trying to fit in with the cool kids. Much as she’s been since day one, she’s being herself, rejecting predictability and the oversexualized toxicities still too common among female pop singers on either side of the dial in 2021. “Home” sports a vigor and an inspiring edge that I can really get into, and I think anyone in the mood for a pick-me-up this August will appreciate what it has to offer.

Despite being only eighteen years old, this talented artist has a presence in her work that no critic can dismiss. “Home” is bound to get a big reaction out of both critics and fans when it hits record store shelves. As far as credibility goes, Ally Eandi already has charisma in her discography that makes it hard for anyone to challenge her potential moving into the future. And I don’t believe I need to hear any further proof of her eminence beyond what she’s done in this white-hot studio cut.