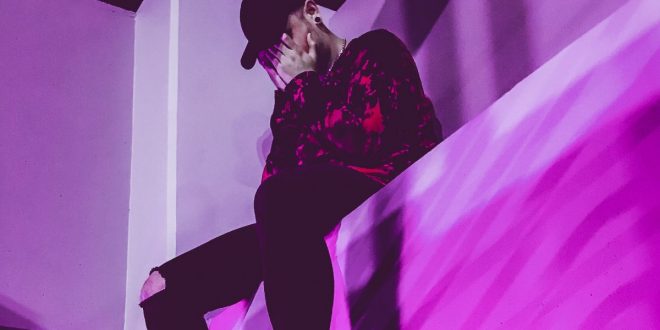 From kicking off his music career in the undergrounds of the Metal scene, to singing over pop infused hip-hop, al-b has developed a sound unique to himself. Having played countless shows in the underground scene to performing on the punk staple that is Warped Tour, he has now set his sights on a new era of music.

al-b has released his newest single, the top-40 ready pop crossover “my least favorite letter is u (feat. War Mothershed)”. The song begins with an ominus bass sound before crashing in with al-b’s gorgeously powerful vocals. His vocals take center stage over a lush, futuristic beat. The chorus of “Ima just do me/ Only worry about me now” tells the story of practicing self care and self reliance in the wake of breakup.  “This track was written at a time in my life where the only person I felt I could rely on was myself,” explains al-b, “It’s a reminder to not lean on others because, in the end, you’re all you’ve got.”

The track kicks into another gear as featured artist War Mothershed enters, showcasing his signature style that, according to the artists, clicked instantly with the vibe. “This is actually the first song I ever recorded as al-b,” he explains, “I remember recording it in a spare bedroom of my friends apartment and sending it to War for his feature. He sent the verse back within like 10 minutes and I was just blown away. I’ll never forget that day.”

The song is currently available on Spotify.

Previous Interview With Tedi Brunetti: “Timing Is Everything”
Next Gothic/Industrial Metal Band AUTUMN STAY Gets “Closer To The Edge” With New Video