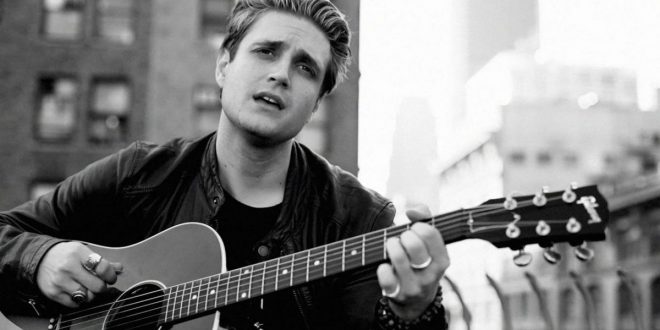 Dez Money releases his third song and video of 2021 and showcases his indie-pop side with “Give Me All You Got” out on August 13. Stream it here – https://DezMoney.lnk.to/GiveMeAllYouGot

When asked about the song Dez explains, “For “Give Me All You Got” my goal was to make a feel-good pop song for the summer. Though I come from a rock background, I love all different types of music, and this song I just wanted to be straight-up pop.” See the video here: https://youtu.be/Qr40MSTfe8Y

With his first release of 2021 “Lost,” (April) singer, songwriter, and producer Dez garnered early praise from American Songwriter Magazine who said he is “showcasing his homegrown versatility as a multi-instrumentalist and captivating as a storyteller.” Next came “Trippin,” which was featured on Apple Music’s New In Rock and New In Alternative playlists. The Further Magazine said it’s “a unique sound recipe blending alternative rock music with pop, soundscapes and most of all beautiful instrumentation, the artist showcases his talent for turning emotions into music and poetry.”

Dez released his debut album, Take Me Down in 2015, followed by his sophomore album, Blue in 2020. He spent years on the road touring with Eddie Money as the guitarist and the opening act. He can also be seen in the AXS TV reality series “Real Money,” which chronicled the Money family’s life at home and on tour.

More music is coming soon with a new album to be released later this year.

Stephen Vicino is the founder of MusicExistence.com. He created this site to give talented musicians a voice and a way to be discovered.
@@svicino
Previous HeIsTheArtist Raises Mental Health Awareness On “What Did I Do”
Next Dizasterpiece Makes Triumphant Return On ‘Regression Toward The Mean’