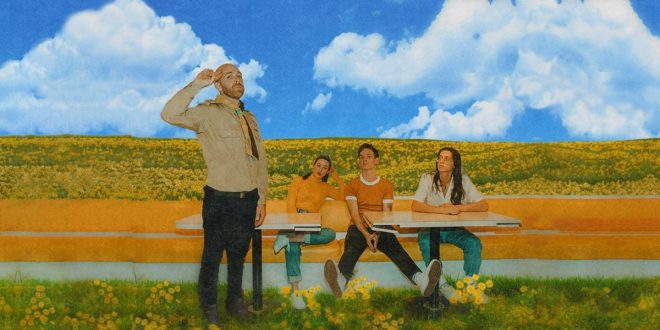 Said the Whale has maintained a sizable presence in the Canadian indie scene throughout their near-decade-and-a-half-long career. The British Columbia quintet currently comes off the strength of their three singles, “Honey Lungs,” “Everything She Touches is Gold to Me,” and “Show Me Everything,” each of which has done well individually.

Leading their latest material is the band’s single, “99 to the Moon,” which will be featured on their upcoming album, Dandelion, to be released September 14th. According to frontman Tyler Bandcroft, the band takes a lyrical cue from the progression of his own longtime relationship. As he considers it, the perspective involves “a million tiny moments that stack on top of each other like bricks.” Much like his explanation, the song’s stylistic approach features a series of pertinent layers that blend with its theme. Initially, it begins with the innocence of finding an outcast friend with whom one feels a kinship, and is complemented by the upbeat folk-pop accompaniment. As the two grow closer and the accompaniment gets rockier, they experience challenges, while, at the same, come to terms with their romantic feelings for one another. By the song’s latter half, the song alludes to their coming to terms with both the idea and the journey of starting a family, and is this time complemented by a fleshed-out, punchy rock rhythm. I can appreciate the band’s sustained penchant for pop songcraft, especially as they’ve come this far, and I definitely look forward to how they similarly expand on these milestones in their upcoming album.

I come from a family who is passionate about all things music. I learned to sing at an early age, and by 13, had my very own Fender Strat guitar. I tried my hardest at learning all that I could. Because I was born with cerebral palsy, I had to teach myself an adaptive playing style. I learned to write and record my own music, despite these difficulties. In college, I started making great use of my writing abilities by reviewing music, as well as copy editing. I guess it's best to stick with what you know, while welcoming a fair challenge at the same time.
Previous THE BRKN RELEASE LIVE VIDEO FOR “BE COOL” NEW EP COME OUTSIDE OUT NOW
Next HeIsTheArtist Raises Mental Health Awareness On “What Did I Do” 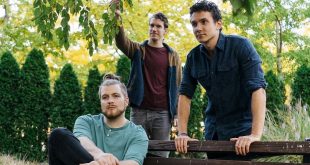