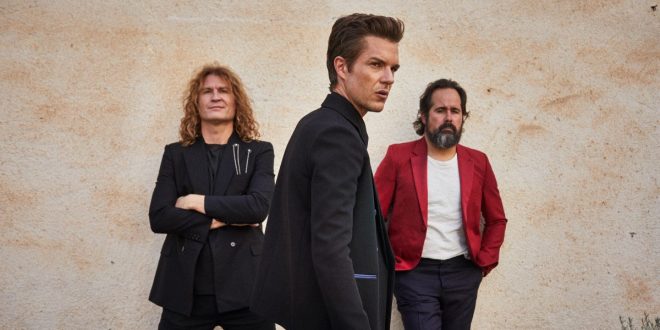 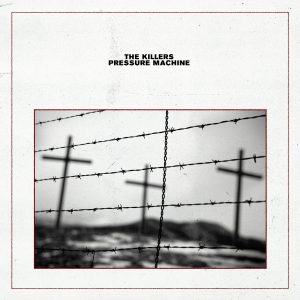 When The Killers announced last summer that their seventh studio album Pressure Machine would come less than a year after 2020’s Imploding The Mirage, the expectations for such a quick album turnaround weren’t necessarily high. While fans were excited, there remained questions about why the band needed to release new music so soon after the pandemic essentially ruined the music and entrainment industry. But now that the album has arrived, more answers come through the reflective and thoughtful album Brandon Flowers penned over the course of isolation. The result is a dramatic concept album which describes life in Nephi, Utah; the small town of 5,000 where Flowers spent his early teen years. Written from the perspective of local towns people, Pressure Machine details the complicated narrative of growing up in the American Southwest.

The album starts on a somber but powerful note with “West Hills,” which is arguably the most impressive contribution to the LP. Beginning each track with recordings from local residents, the song echoes an all too familiar tale about drug abuse, addiction and distribution seen throughout the United States. The performance is so big that it sonically lies somewhere between a headlining set at Glastonbury or a Sunday morning church service deep in the American South. The song is angelic in nature but nevertheless exudes the spirit of rock n’ roll.

Needing to compete with the grandiose of track one, The Killers channel Bruce Springsteen on tracks like “Terrible Thing” and “Quiet Town.” Lyrically addressing themes of homophobia, suicide, and mental illness, these songs continue the melancholic edge heard throughout the album. The soft-spoken acoustics continue to pay homage to The Boss and his signature songwriting style, while the uplifting harmonica solos provide a light at the end of the tunnel. While the context is heavy, something lingers throughout the album that implies a happier ending might be near.

Standout orchestral moments can be heard on “Cody,” where a series of keys, horns and pitch perfect harmonies are topped with a Hall of Fame worthy guitar solo. For casual fans who might not see The Killers past “Mr. Brightside,” a composition like “Cody” proves the group is capable of creating a lasting legacy amongst fellow world-class musicians. Ironically, this album’s musical counterparts came second to lyrics, as Flowers penned each story in its entirety before entering the studio. It was only afterwards the band added music in order to complete their newfound creative process.

The addition of Phoebe Bridgers on “Runaway Horses” not only brings the album more refinement and grace but also allows Flowers to share stories from the female perspective. The entire album chronicles life in Nephi, Utah, with Flowers reciting various experiences both accurately and artistically. While he admittedly embellishes details on some songs, the majority of Pressure Machine reflects real life situations from his childhood that impacted either himself or the town greatly.

“Pressure Machine” and “The Getting By” recaps the struggles previously mentioned but ends the album on the happier note suggested earlier. While it’s apparent the band took an introspective and restorative approach to the new album, it seems that Brandon Flowers might have used his past to help combat his future. If anything, Pressure Machine is a solid reminder that anyone can do the same when examining how to live life after unprecedented times. If The Killers can look ahead to a brighter future, then we can too.

Pressure Machine is out now.