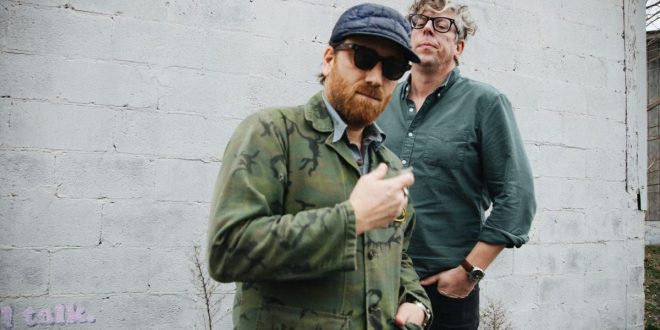 Today, The Black Keys share their new music video for “Poor Boy A Long Way From Home,” from their 10th studio album, Delta Kream, which features eleven Mississippi hill country blues songs by artists including R. L. Burnside and Junior Kimbrough. The music video was directed and edited by Ryan Nadzam and includes footage of the band performing at the Blue Front Café in Bentonia, MS. Members of the Lonely Boys and Girls Club had an early look of the video, and fans can sign up The Black Keys’ official fan club for free HERE.

The band recently announced their World Tour of America and will perform three intimate shows in Oxford, MS, Athens, GA, and St Petersburg, FL, surrounding their performance at Pilgrimage Fest in Tennessee. A portion of each set at these shows will consist of songs from the band’s new album, Delta Kream. Tickets for these dates are on sale HERE.

The Black Keys have also announced that they are partnering with the Save The Music Foundation to support elementary and middle school music programs in Mississippi—starting with Holly Springs. Fans can participate in a sweepstakes to win a once-in-a-lifetime experience with the band, with 100% of the proceeds going towards music education grants in seven schools across Mississippi. Every Save The Music school commits to having music for at least ten years, and most of the programs last far beyond that. The band shares about the program: “We’ve teamed up with Save The Music – a national non-profit dedicated to building school music programs – and a group of local Mississippi partners to contribute instruments and teacher support to schools in the Hill Country. The goal is to grow music programs across the state, starting this coming school year with Holly Springs.” Fans can view sweepstakes details and participate at: https://www.propeller.la/theblackkeys