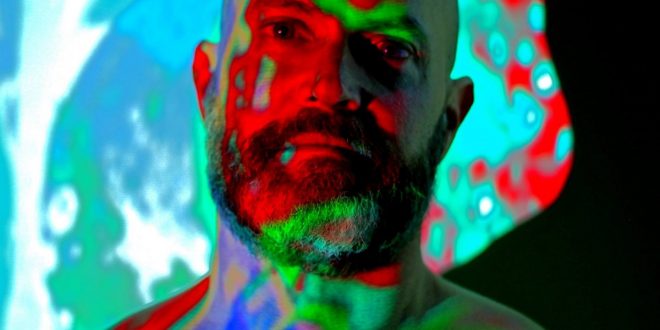 Tornado will likely finish 2021 as one of the year’s best releases. Let’s hope as many people as possible hear about but, I’m willing to confess, they are more likely to hear countless other heavily promoted efforts emerging in the wake of 2020. This review will do what it can to change that. James Raftery is a familiar force in the indie music world with several releases to his credit under the moniker Rat Wakes Red. By 2017, however, Raftery felt ready to release music under his own name and the first result, Everything, stands still as a critically praised collection highlighting his artistic growth.

The minimalist approach adopted for that 2017 release continues with Tornado. The circumstances of the material, however, dictated Raftery take a different tack regarding instrumentation and the piano and synthesizer tandem present throughout the release never strikes a false note. It’s easy to sound affected or false working this way. I believe it is safe to say these songs are ripped from Raftery’s autobiography though I also believe art has a transformative effect that elevates it above pure memoir.

“Gardener” is a near ideal example of this. He doesn’t waste a word and the poetic sheen applied to his writing is functional rather than ornamental and stays on an accessible level for any listeners. He’s given careful consideration to the synth contributions. “Gardener” features several moments when Raftery seems to be nodding towards his classical influences without ever going overboard. “Little Love” shows off his unadulterated pop songwriting chops. He’s capable of using his piano playing in a distinctly percussive way and those moments carry listeners along. This is a great instance of that at work. I particularly enjoyed his vocal phrasing during this song, among the album’s best.

“The Wonder That Is In Your Heart” is, arguably, the most achingly beautiful moment on the release. Raftery seemingly invokes delicacy at will, never straining for effect, and unwinds melodies that draw listeners in. He never gives listeners a single vocal slant, as well; the various registers he explores during the course of this and others songs is one of the album’s highlights. The synthesizers add crucial splashes of color during the song “Wonderful Always” and the light echo surrounding his voice has a light touch.

His gliding melodic playing during the song “Strange to Me” is another highlight. It has the right amount of drive, never placid, and achieves a near-hypnotic sway early. The vocal is among the most evocative included on Tornado and, once more, his phrasing wraps up many lines with understated yet dramatic flair. Tornado concludes with the album’s title track. His voice isn’t the same, naturally, but something about Raftery and the piano prods me to recall Freddie Mercury’s most affecting piano ballads for Queen. It’s about the naked emotional face he wears and how he creates a bubble around listeners closing off the outside world until its final note plays. It’s a gentle yet conclusive closer for an album that finds its way into your heart and stays there.