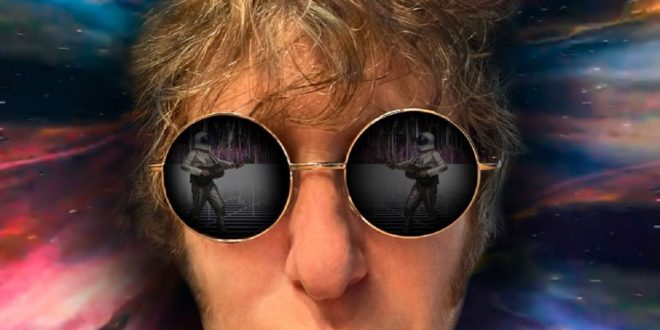 The video for Neil Nathan’s single “You’re My Lady” undeniably lies somewhere between Enemy Mine and a vaporwave comp video you fall asleep to on YouTube, but in today’s increasingly eclectic pop spectrum, it’s one of the more fetching visual documents of its kind out this summer. Nathan is a singer/songwriter who has been circling the waters of the underground for some time now, but in this latest release, he positions himself as an artist ready to refocus himself on the melodicism that got his career started rather than the evolution of an entire aesthetic (as many have over-ambitiously attempted).

With his guitar and a sweet lead vocal, this artist crafts something soft-spoken and unassumingly aching for the affection of two listening lovers in “You’re My Lady” that doesn’t need a synthesized hook to sound sexy. There’s nothing quite like an acoustic harmony framing romantic lyrics in a pop single, and instead of jazzing it up with unnecessary complexities, Nathan leaves well enough alone and sets forth a concept of barebones folk/rock that was largely abandoned by the hipster acts who took up the genre’s mantle ten years ago. Some might call it a revival, but to me what’s happening here is a little more intimate than that term would allow for.

It had been a while since I heard the name Neil Nathan, but listening to “You’re My Lady” made me realize that this veteran on the indie circuit hasn’t lost his touch since the last occasion on which his music was scoring major points with the critics. He’s sharpened his skills and brought out the big guns for this performance, and in keeping all of the eclectic filler others depend on out of his songwriting scheme, he’s giving a little bit of hope to those who want more simplicity out of the pop genre in 2021 and beyond.